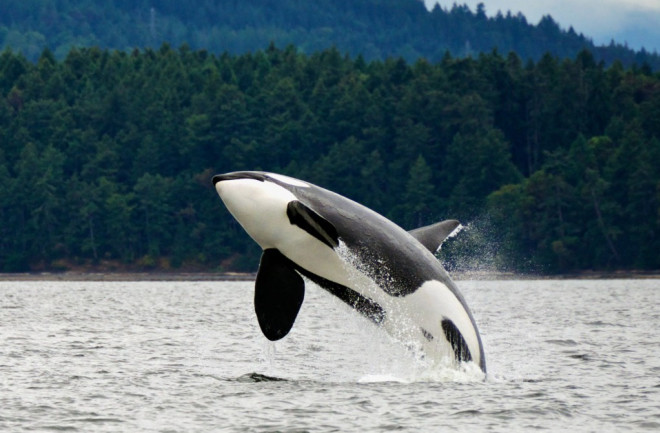 (Credit: Doptis/Shutterstock) When it comes to evolution in modern humans, environmental pressures have almost all been accounted for — instead of adapting our bodies we can come up with technological solutions that work just as well. But our culture, the shared set of activities, behaviors and beliefs that define our lives, still provides a degree of variation that could serve to imprint itself on our bodies in the long term. Culture extends to other animals, too. Social groups often display patterns of behavior unique to their subset of the population, and these behaviors are passed down to subsequent generations. Conducting research in killer whales, or orcas, researchers have now discovered that certain elements of their culture have exerted evolutionary pressure on the whales, altering their genes in concordance with specific behaviors. Their findings offer a roadmap of sorts for researchers who want to map the evolutionary history of the whales.

Researchers from the University of Bern in Switzerland looked at 50 whales from five groups of orcas spread across the globe. They analyzed the genome of each whale, and found that they could reliably predict which group the orcas belonged to through clues in their DNA. In addition, they tied the genetic variations to specific behaviors that the whales displayed, many of which were related to feeding habits. They published their research this week in Nature Communications. The researchers say that these orcas diverged from each other about 250,000 years ago. This is called a population bottleneck, and involves a small founding population moving into a new area and quickly growing, adapting to their environment along the way. Such bottlenecks offer useful information to researchers tracking the spread of populations backward to find common ancestors. Some of the whales moved closer to the poles, while others remained in more temperate waters. Their diets also differed depending on their location. All of these differences, applied over thousands of years, yielded alternative forms of the same genes in the whales, or what are called alleles — two or more mutated forms of a gene in the same place in the genome.

Same as in Humans

Genetic variation based on cultural habits is well-documented in humans. The ability to metabolize lactose is an oft-cited example, but the changes go even further back as well. For example, the discovery of fire and the innovation of sliced meat made our food much easier to chew and digest, and may have prompted changes to our jaws and digestive systems that paved the way for the development of larger brains. These norms and practices were developed over time and passed down from generation to generation, making them a part of our culture. Some researchers also think that the presence of culture itself may have served as an evolutionary force. The practice of passing shared knowledge and values down through generations could have selected for larger brains and better memories, increasing our mental capabilities over time. As in whales, our alleles form a kind of history book, showing where we come from, and what we experienced along the way. Differences in behaviors, what we call culture, will eventually get embedded in the genome and carried forward to new generations, no longer merely a shared piece of knowledge but a part of our biology.