Killer Mosquitoes Will be Released in 20 States 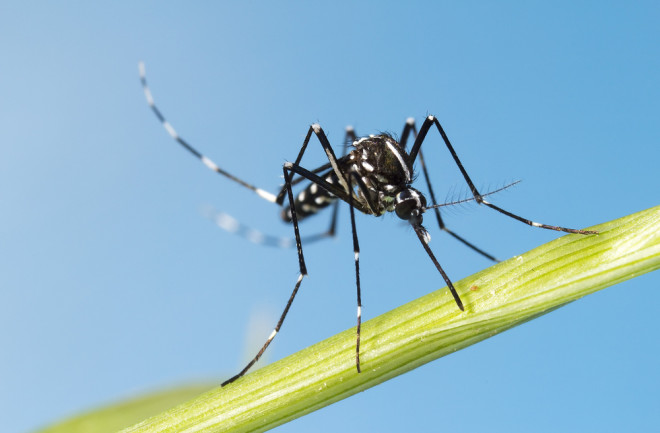 (Credit: Shutterstock) Talk about a killer job. The Environmental Protection Agency (EPA) last week approved a bacterium that will be carried by mosquitoes to eradicate their offspring. A Kentucky-based company called MosquitoMate is using the common bacterium Wolbachia pipentisa and sexual attraction to help eradicate Asian tiger mosquitoes, Aedes albopictus, an invasive species in the United States. These mosquitoes can carry a cocktail of dangerous diseases including dengue, yellow fever and Zika. Scientists raise mosquitoes infected with Wolbachia in the lab, and then isolates the males, also known as ZAP males. The males don't bit, and will then be released to find females in the wild (who do the biting and blood sucking) and mate. Whatever offspring is produced will die, decreasing the tiger mosquito populations in an area. For the next five years, the EPA has approved the release of ZAP mosquitoes in 20 states and Washington, D.C. According to Nature, they will not be released in any southern states. This isn’t the first time scientists have thought to use male mosquitoes to eliminate their own children. In 2015, Brazil released genetically modified males. A team of scientists in Australia also infected mosquitoes with a strain of Wolbachia in 2009.