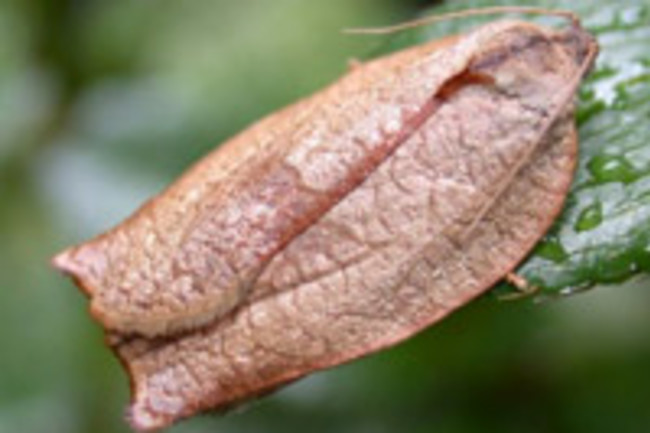 Male insects have a tough time of it. Aside from the usual threats of predators, competitors and the odd hungry female, many are plagued by discriminatory parasites intent on killing them, while leaving their female peers unharmed. These "male-killers" are incredibly successful and infect a wide range of insects, who are themselves a very successful group. One of these killers, a bacteria known as Wolbachia, may well be the world's most successful parasite. The male-killers are paragons of selfishness. Their success hinges on successfully infecting females, for whithin egg cells, they find easy passage into the next generation. But they can't infect sperm and as a result, males are useless to them; a reproductive cul-de-sac that they can afford to do away with. At worst, eliminating males from a host population does the parasites no harm and at best, it provides the surviving female siblings with fewer competitors and even a potential source of food.

Until now, all known male-killers have been bacteria like Wolbachia with the lone exception of a single-celled fungus that troubles mosquitoes. But now, Japanese scientists have uncovered a completely new type of male-killer, unlike anything seen before. Its victim is the oriental tea tortrix moth (Homona magnanima). In 2001, Yasuhisa Kunimi from the Tokyo University of Agriculture and Technology found a specific population of moths in the Ibaraki Prefecture that were almost entirely female. He pointed the finger at male-killers but couldn't pin the loss of males on any of the traditional suspects. Most male-killers slay their victims as embryos, before they've even hatched, but the tortrix males were knocked off as larvae. The males were still eliminated in the presence of antibiotics, that would kill the usual bacterial culprits. And while the mystery killer was transmitted down the maternal line, it could also be passed on from the body of a dead male to another unaffected one. Working with Kunimi, Kauzko Nakanishi set out to identify the killer through some molecular detective work. He pulped the bodies of dead males and passed the mush through filters with extremely small pores, each just 0.45 micrometres (a millionth of a metre) across and too small for the majority of bacteria to pass through. He further separated the liquid that remained and managed to isolate one sample that killed three-quarters of exposed male larvae but mostly left females unharmed. Whatever the killer was, it was in that sample and about the size of a small virus. On further inspection, Nakanishi couldn't find any traces of DNA in this 'essence of male-killer'. But he did find traces of that closely related molecule, RNA and two sequences in particular were only ever found in the male-killing moth strain and never in an unaffected strain from a different part of Japan. Nakanishi suggests that the scourge of the male moths is a newly discovered RNA virus, a group that uses RNA rather than DNA to carry its genetic material and includes such celebrities as influenza and SARS. Frustratingly, the story stops there and clearly, there are many questions left to answer. Why does the virus prefer females at the expense of males? How does it go about its deadly business? And how many other instances of male-killing are caused by viruses? The answers will have to wait for another paper, and a first glimpse of the new virus through an electron microscope. For more on male-killers, have a look at this post from the old site about a population of butterflies that has managed to evolve resistance to Wolbachia in record time. Image from jpmoth.org. Reference: Nakanishi, K., Hoshino, M., Nakai, M., Kunimi, Y. (2008). Novel RNA sequences associated with late male killing in Homona magnanima. Proceedings of the Royal Society B: Biological Sciences, -1(-1), -1--1. DOI: 10.1098/rspb.2008.0013