It's Time to Expand Our Definition of "Human Being" 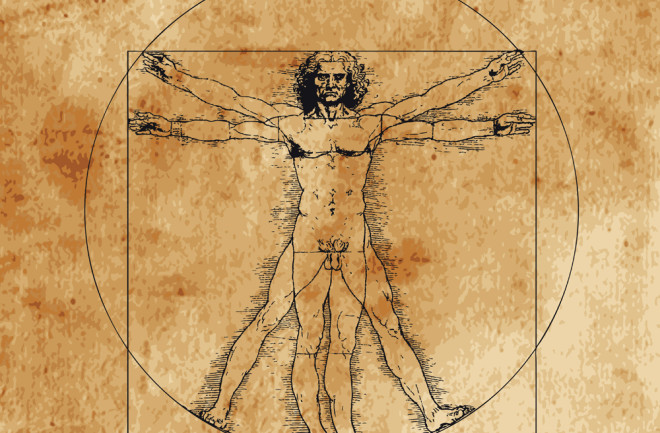 It’s difficult to deny that humans began as Homo sapiens, an evolutionary offshoot of the primates. Nevertheless, for most of what is properly called “human history” (that is, the history starting with the invention of writing), most of Homo sapiens have not qualified as “human”—and not simply because they were too young or too disabled.

In sociology, we routinely invoke a trinity of shame—race, class, and gender—to characterize the gap that remains between the normal existence of Homo sapiens and the normative ideal of full humanity. Much of the history of social science can be understood as either directly or indirectly aimed at extending the attribution of humanity to as much of Homo sapiens as possible. It’s for this reason that the welfare state is reasonably touted as social science’s great contribution to politics in the modern era. But perhaps membership in Homo sapiens is neither sufficient nor even necessary to qualify a being as “human.” What happens then?

In constructing a scientifically viable concept of the human, we could do worse than take a lesson from republican democracies, which bestow citizenship on those whom its members are willing to treat as equals in some legally prescribed sense of reciprocal rights and duties. Republican citizenship is about the mutual recognition of peers, not a state of grace bestowed by some overbearing monarch. Moreover, republican constitutions define citizenship in terms that don’t make explicit reference to the inherited qualities of the citizenry. Birth in the republic doesn’t constitute a privilege over those who have had to earn their citizenship. A traditional expression of this idea is that those born to citizens are obliged to perform national service to validate their citizenship. The United States has exceeded the wildest hopes of republican theorists (who tended to think in terms of city-states), given its historically open-door immigration policy yet consistently strong sense of self-identity—not least among recent immigrants.

An Opening for Newcomers

In terms of a scientifically upgraded version of “human rights” that might be called “human citizenship,” let’s imagine this open-door immigration policy as ontological rather than geographical in nature. Thus, non–Homo sapiensmay be allowed to migrate to the space of the “human.” Animal-rights activists believe they are already primed for this prospect. They can demonstrate that primates and aquatic mammals are not only sentient but also engaged in various higher cognitive functions, including what’s nowadays called “mental time-travel.” This is the ability to set long-term goals and pursue them to completion because the envisaged value of the goal overrides that of the diversions encountered along the way. While this is indeed a good empirical marker of the sort of autonomy historically required for republican citizenship, in practice animal-rights activists embed this point in an argument for de-facto species segregationism, a “separate but equal” policy, in which the only enforceable sense of “rights” is one of immunity from bodily harm from humans. It is the sense of “rights” qua dependency that a child or a disabled person might enjoy.

The fact that claims to animal rights carry no sense of reciprocal obligations on the part of the animals toward humans raises question about the activists’ sincerity in appealing to “rights” at all. However, if the activists are sincere, then they should also call for a proactive policy of what the science-fiction writer David Brin has termed “uplift,” whereby we prioritize research designed to enable cognitively privileged creatures, regardless of material origin, to achieve capacities enabling them to function as peers in what might be regarded as an expanded circle of humanity. Such research may focus on gene therapy or prosthetic enhancement, but in the end it would inform a Welfare State 2.0 that takes seriously our obligation to all those we regard as able to be rendered human, in the sense of fully autonomous citizens in the Republic of Humanity.

The idea that human being = Homo sapiens has always had a stronger basis in theology than biology. Only the Abrahamic religions have clearly privileged the naked ape over all other creatures. Evolutionists of all stripes have seen only differences in degree as separating the powers of living things, with relatively few evolutionists expecting that a specific bit of genetic material will someday reveal the “uniquely human.” All the more reason to think that, in a future where some version of evolution prevails, republican theories of civil rights are likely to point the way forward. This prospect implies that every candidate being will need to earn the status of “human” by passing certain criteria as determined by those in the society in which he, she, or it proposes to live. The Turing Test provides a good prototype for examining eligibility for this expanded circle of humanity, given its neutrality to material substratum.

It’s not too early to construct Turing Test 2.0 tests of human citizenship that attempt to capture the full complexity of the sorts of beings we would have live among us as equals. A good place to start would be with a sympathetic rendering of long-standing—and too easily dismissed—“ anthropomorphic” attributions to animals and machines. Welfare State 2.0 policies could then be designed to enable a wide assortment of candidate beings—from carbon to silicon—to meet the requisite standard of citizenship implied in such attributions. Indeed, many classic welfare-state policies, such as compulsory mass education and childhood vaccination, can be understood retrospectively as the original political commitment to “uplift” in Brin’s sense—but applied only to members of Homo sapiens living within the territory governed by a nation-state.

However, by removing the need to be Homo sapiens to qualify for human citizenship, we’re faced with a political situation comparable to the European Union’s policy for accession of new member states. The policy assumes that candidate states start with certain historical disadvantages vis-à- vis membership in the Union but that these are in principle surmountable. Thus, there’s a pre-accession period in which the candidate states are monitored for political and economic stability, as well as treatment of their own citizens, after which integration occurs in stages—starting with the free mobility of students and workers, the harmonization of laws, and revenue transfers from more established member states. To be sure, there’s pushback by both the established and the candidate member states. But notwithstanding these painful periods of mutual adjustment, the process has so far worked and may prove a model for the ontological union of humanity.