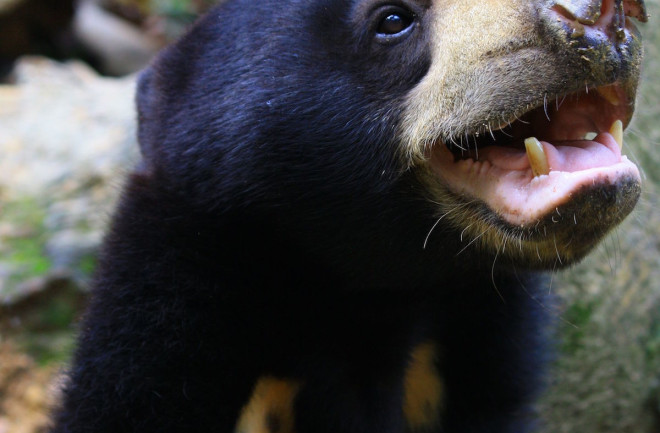 “A smile is infectious,” so goes the cheesy saying. But there’s actually some validity there. It’s long been known that people, often unintentionally, mimic the facial expressions of those around them. This communication technique was thought to only exist in humans and gorillas, but new research is challenging that idea.

They think that sun bears use facial mimicry to signal play and strengthens their social bonds. Their research, published today in the journal Scientific Reports, suggests that animal communication could be more complex and advanced than we thought.

Grin and Bear It

From talking to laughing to rolling our eyes, there are countless ways that humans interact with one another. But one way of communicating that we don’t often think about is by mimicking each other’s facial expressions. Research shows that this subtle, often subconscious form of communication can help us convey emotions and strengthen bonds with our peers. But until recently, only humans and gorillas, who are both social creatures, have been shown to possess this trait.

To see if facial mimicry exists in more solitary animals, a team of researchers from the University of Portsmouth in England set out to study sun bears, who generally keep to themselves outside of mating season. They headed out to the Bornean Sun Bear Conservation Centre in Malaysia and observed 22 of these tiny bears, which top out at just five feet tall when standing on two legs and weigh no more than 175 pounds.

Despite being anti-social, sun bears do engage in adorable play from time to time. During the two years that the researchers observed them, they witnessed 372 bouts of play, most of which were gentle rather than rough. While they played, the team noted two distinct facial expressions made by the bears: one where they opened their mouths and showed their upper incisor teeth, and another where they opened their mouths but didn’t show their upper incisors.

They also discovered that sun bears were more likely to mimic facial expressions during gentle play rather than rough. The researchers think that facial mimicry signals gentle play, while a lack of mimicry shows that they’re ready for rougher play. This social interaction, previously unseen in bears, could shake up our idea of how animals communicate.

Based on their findings, the researchers think that facial mimicry could span across many species, far beyond humans and gorillas. More research is needed to confirm this theory, but if it holds up, we might have to bear the thought of animals having complex modes of communication.