Is This The Oldest Human Footprint In the Americas? 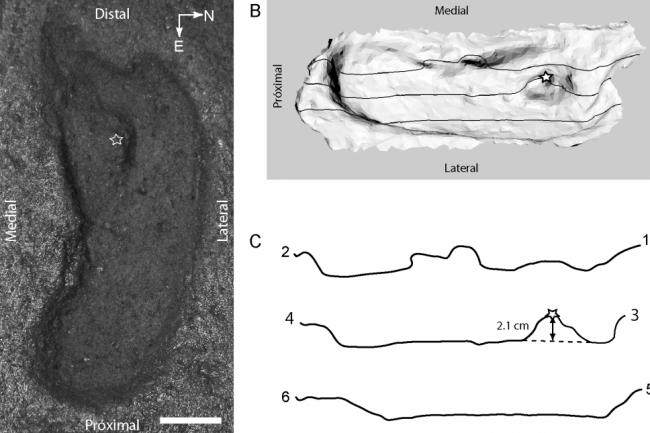 Described as the oldest human footprint in the Americas, the impression, found in Chile, is about 15,600 years old. (Credit Moreno et al 2019, https://doi.org/10.1371/journal.pone.0213572) It may look more like the impression of a jellybean in Play-Doh, or excavations for a kidney-shaped swimming pool, but researchers say the find, at about 15,600 years old, is the oldest human footprint in the Americas — and the latest evidence that people were living throughout the New World much earlier than thought. According to paleontologists, the single footprint — technically called an ichnofossil, or ichnite — belonged to a human. The impression, preserved in a buried layer of sediment, was discovered in 2010 at the Pilauco site in Chile. Researchers have spent nearly a decade trying to determine what made the print, and when. Although animal bones, including those of a mastodon, were found nearby, the team concluded that the print was made by a human foot walking on saturated soil. That's consistent with the swampy setting of the site. Stone tools found nearby offer additional evidence of a human presence. The Pilauco site is about 60 miles from the more famous Monte Verde archaeological site, which for years has served as a lightning rod for the debate about how and when humans arrived in the Americas. Although no human remains or ichnofossils have been uncovered at Monte Verde, artifacts point to a human presence there possibly as early as 14,600 years ago, though some researchers believe an even earlier occupation is possible. Step By Step, An Old Model Falls The Pilauco find is the latest in a series of challenges to the long-standing notion that humans arrived in the Americas no earlier than about 13,500 years ago, via a land route that took them from Siberia, across the land bridge Beringia and into the North America via an open corridor between two ice sheets. For more than a decade, an increasing number of researchers has argued another route, known as the Kelp Highway, would have been plausible at least 16,000 years ago and possibly much earlier. According to this model, humans could have travelled by boat from Asia, into North America and all the way to South America by following the research-rich Pacific coast. The number of archaeological finds in support of a significantly earlier arrival date for the First Americans is growing, from a roughly 14,500-year-old butchering site in Florida to a collection of projectiles and other artifacts from Texas that are at least 16,000 years old. In 2018, a separate team discovered footprints that were 13,000 years old on a remote Canadian island. The footprints were from multiple individuals, including at least one that was child-sized. That find offered additional evidence that humans were present on North American coasts before ice sheets fully retreated from those areas, suggesting both an earlier arrival date and familiarity with travel by boat. The Pilauco ichnite study was published earlier this month in PLOS ONE. 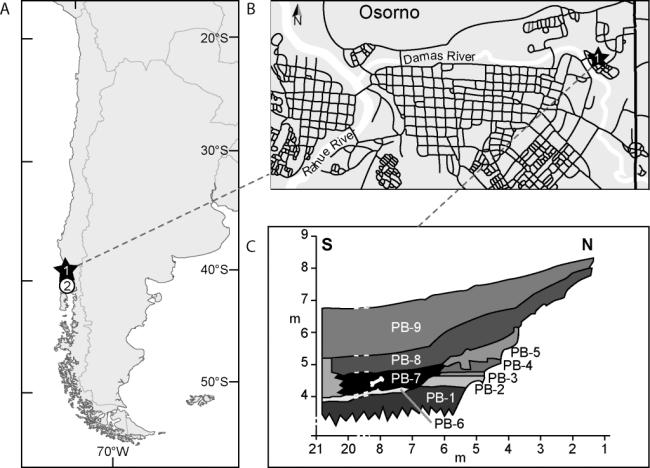