Is the Whaling Ban Really the Best Way to Save the Whales? 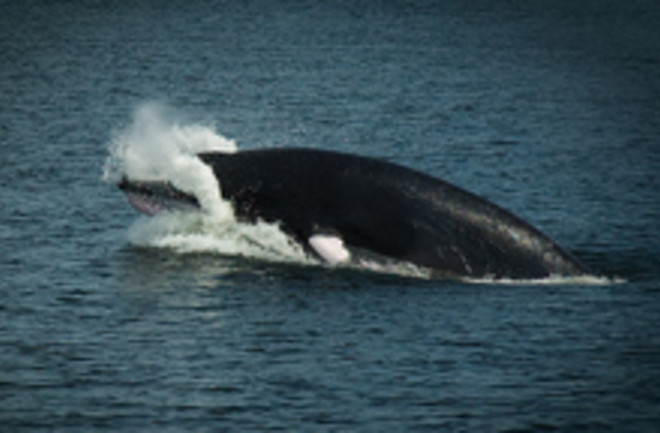 As the International Whaling Commission wound down this week with no progress made on the stalemate between pro-whaling and anti-whaling nations, some experts are beginning to question the commission's central tool: the moratorium on commercial whaling established more than 20 years ago.Some experts wonder whether the ban is really protecting the world's whale populations. Japan's so-called "scientific whaling" program is a loophole in the ban, and the program is widely seen as a cover for commercial whaling.

Japan catches more than 1,000 whales a year, and most cetacean researchers argue that whale populations exist at only a fraction of their former abundance and are far from large enough to sustain commercial harvesting for meat or oil — or even the culling of some 1,000 whales a year for science. Australia, a party to the IWC, campaigned this year to end any "scientific whaling" that involves the deliberate killing of whales [Science News].

A report released by the commission on Monday also states that a quarter of the whales harvested from the Antarctic Ocean in the last seven months by Japanese researchers were pregnant. To many, the destruction of these whales and their unborn calves makes a mockery of the moratorium on whaling, given that the goal of the ban is to preserve whale populations. However, the Japanese Whaling Association contends on

Some on the International Whaling Commission have proposed lifting the ban. Although this may seem counterintuitive, the logic behind this is

that Japan's hunts, conducted under a clause in the whaling convention that gives any country the right to hunt as many whales as it wants for scientific research, are essentially unregulated.... [Commission member William Hogarth says] the scientific whaling clause encourages large hunts in order to get enough samples to draw scientifically valid conclusions [BBC News].

The way to make the policy change work, he says, would be to prohibit large-scale commercial whaling while permitting small-scale hunting for a local population.

While the Japanese claim whaling as an important cultural tradition, it's also a lucrative business: Marine biologist Scott Baker notes that adult minke whales can sell for more than $100,000 each. In a study that will be published in the journal Animal Conservation, Baker suggests that large numbers of coastal minkes are incidentally caught in commercial fising boats' nets while they're pursuing other fish. He notes that with minke prices being what they are,

“you have to wonder how many of these whales are in fact killed intentionally.” ...

Researchers suspect the high numbers of minke by-catch may be more than accidental. Japan and South Korea are the only two IWC members that allow whales snagged as by-catch to be sold commercially [The Christian Science Monitor].