Is the Mysterious Siberian "X-Woman" a New Hominid Species? 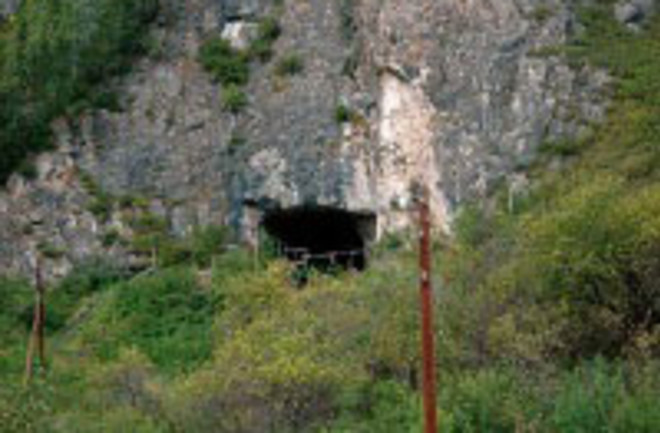 In 2008, archeologists working at the Denisova Cave in Siberia's Altai Mountains discovered a tiny piece of a finger bone, believed to be a pinky, buried with ornaments in the cave. Scientists extracted the mitochondrial DNA (genetic material from the mother's side) from the ancient bone and checked to see if its genetic code matched with the other two known forms of early hominids--Neanderthals and the ancestors of modern humans. What they found was a real surprise. The team, led by geneticist Svaante Paabo of the Max Planck Institute, discovered that the mtDNA from the finger bone matched neither--suggesting there might have been an entirely different hominid species that roamed the planet about 50,000 years ago. Looking back at the region and the cave, where scientists earlier discovered artifacts from humans and Neanderthals, Paabo thinks that it is possible that all the three species (modern humans, Neanderthals and the mystery hominids) could have possibly met and interacted with each other. The findings, which were published in journal Nature, present an unexpected twist in the story of human evolution and migration. Scientists say the DNA analysis also suggests that this hominid left Africa one million years ago, in a previously unsuspected migration. Anthropologists generally believe that the exodus from Africa took place in waves, starting with Homo erectus leaving 1.9 million years ago, followed by the Neanderthals between 500,000 and 300,000 years ago, and then by the modern humans who exited about 50,000 years ago. With X-woman, as the Denisova specimen has been nicknamed, the divergence date of one million years is too young to have descended from Homo erectus and too old to

have been a descendant of Homo heidelbergensis, another ancient human thought to have originated around 650,000 [BBC].

Paabo and his team are now working to extract nuclear DNA from the Denisova fossil to verify their suspicion that X-woman is indeed from another species. Physical anthropologist Ian Tattersall, who was not involved in the research, called the Denisova hominid a "significant addition" to our understanding of human evolution.

"We are the only hominin around today, so we tend to think that's how it's always been. But the evidence is accumulating that the human evolutionary tree is quite luxuriantly branching. There were multiple species that competed in the evolutionary arena, rather than a single lineage that was honed from primitiveness to perfection" [Time].

For an in-depth look at the science and the implications of this discovery, check out Carl Zimmer's post on the DISCOVER blog, The Loom. Related Content: The Loom: The X-Woman’s Fingerbone DISCOVER: Out of Africa, All of Us 80beats:A Fossil Named Ardi Shakes Up Humanity’s Family Tree The Loom: Ardipithecus: We Meet At Last 80beats: Did a Strangely Human-Like Primate Give Rise to Monkeys, Apes, and Us? DISCOVER: The 2% Difference examines what sets us apart from chimpanzees Image: Johannes Krause