In the Glow: Bioluminescent Mushrooms & Forests of Fireflies 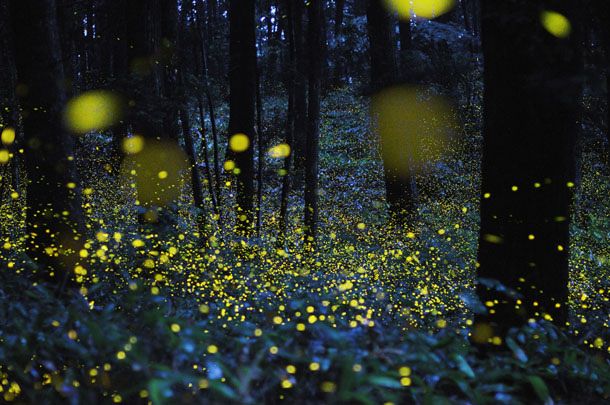 Creatures of Light: Nature's Bioluminescence, opens March 31st at the American Museum of Natural History in New York City. Visitors can explore all things glowing--from the familiar firefly to the fantastical fish of the deep. The lure of the firefly--its ability to generate light so rare in plants and animals that live on land--was not lost on Japanese photographer Tsuneaki Hiramatsu, who spent hours making long exposures of the insects in the woods and along a river near Okayama City.

What looks like ethereal enchantment is actually a down-and-dirty, species-specific mating dance, with the females holding out for males with just the right flash power. Hiramatsu's images of the bugs are already a viral sensation online, but recently the AMNH also took notice, requesting to use the images in relation to the exhibit. Creatures of Light will run through January 2013. 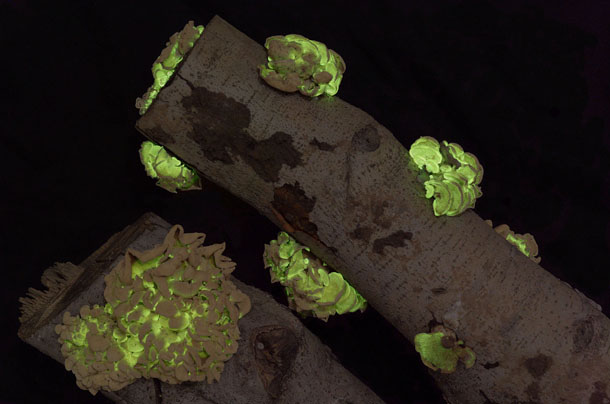 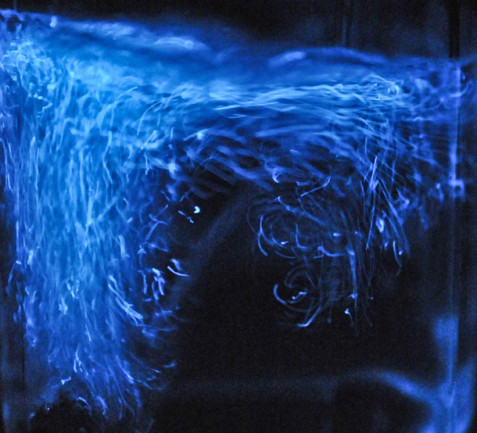 Live dinoflagellates. Pyrocystis fusiformis is a spindle-shaped cell just large enough to be seen without a microscope. Tiny particles in each cell called scintillons contain chemicals that mix and make light when the water is shaken or stirred. ©AMNH\D. Finnin 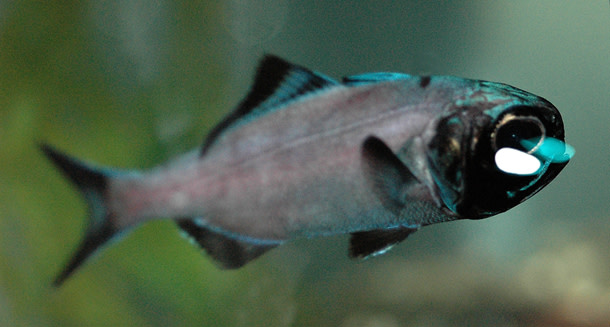 Anomalops, also known as the flashlight fish. An organ beneath each eye is filled with light-producing bacteria. AMNH 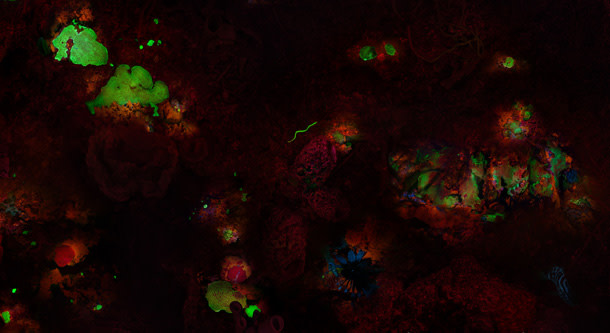 Mosaic photograph of green fluorescent proteins. These living corals were photographed in Bloody Bay Marine Park on Little Cayman Island. Narrow-band blue light is used to illuminate the corals and excite the fluorescent proteins that give off green light of their own in return. © Jim Hellemn, portraitofacoralreef.com