We've all acted impulsively before, and we have the horrendous clothes, echoing bank accounts and hilarious memories to show for it. But science is beginning to show that impulsive people may be particularly vulnerable to drug addiction, and there is little funny or harmless about that. 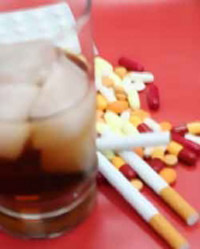 According to Government statistics, half a million people in the UK are addicted to class A drugs like cocaine, heroin and amphetamines. All too often, drug addiction and other compulsive disorders like obesity are dismissed as issues of 'willpower' and those who succumb to temptation are labelled as 'weak'. But this attitude is, at best, wrong and, at worst, stigmatising and self-righteous. And it provides no clues for ways of helping people with these problems.

In fact, the evidence suggests that drug addiction is linked to certain personality traits. Being impulsive is one of them, and a tendency to seek out new sensations (often described as "living life to the full") is another. But do these traits drive people towards drug addiction, or are they a result of the drugs themselves?

Some scientists have suggested that long-term drug use impairs our prefrontal cortex, a part of our brain that helps to suppress our basic urges and is essential for appropriate social behaviour. It's the mental equivalent of the angel on our shoulder. By relieving us of this restraining effect, drug use could lead to impulsive, reckless and anti-social behaviour. 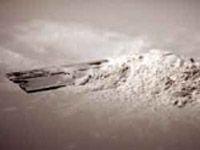 But a new animal study suggests that it works the other way round too. Innate differences in personality traits can predispose individuals to addictive drugs, even before a single molecule has entered their system.

Jeffrey Dalley, Trevor Robbins and colleagues at the University of Cambridge studied a dozen rats, who were cocaine virgins at the start of the experiment. The rats were trained to associate a light with the arrival of food; when it came on, the animals received food if they waited and pressed a button.

Some of the rats were twice as likely to prematurely press the button than others, allowing Dalley to separate them into an 'impulsive' and a 'non-impulsive' group. A brain scan revealed key differences in the brains of the two groups, particularly in the ventral striatum, a part of the brain involved in reward, pleasure and addiction. This region contains receptor molecules that respond to dopamine, a multi-purpose signalling molecule involved in feelings of pleasure. And impulsive rats had lower levels of two of these dopamine receptors - D2 and D3.

Dalley's rats were given access to cocaine using a set-up that allowed them to give themselves a hit via a catheter. Sure enough, the impulsive rats gave themselves many more drug infusions than the non-impulsive ones. So in rats at least, an individual's impulsiveness, as indicated by the levels of D2 and D3 receptors in their ventral striatum, signposts an inbuilt vulnerability to drug abuse.

And once drug use begins, it triggers other changes in the way the striatum reacts to dopamine. Studies in monkeys have found that as the animals start getting hooked on cocaine, the levels of D2 receptors in their dorsal striatum - next to the ventral part - start to fall, and stay that way for years after they come off the drug.

These results provide a behind-the-scenes look at the molecular changes that turn an impulsive urge to take a drug to a compulsive urge to continue taking it. It is likely that the receptors play a similar role in our own brains, and their levels are probably controlled by genetic variations.

Finding the genes responsible could provide valuable clues for identifying ways of treating addiction, or preventing successful quitters for relapse. And while cocaine was the drug of choice in this study, Dalley's results could have implications for other drugs like nicotine (which is equally addictive), or possibly even more abstract addictions like gambling.