Which of this week's science news stories did you catch? I know Watson would ace this quiz.

1. Distressingly, a long-term study has shown that king penguins with tracking bands attached their flippers are more likely to:

2. Testing anxiety can cause students to underperform on exams. But researchers at the University of Chicago showed that in a high-stakes test environment, both high-school and college students did better on exams when they:a. studied lessb. wrote about their feelings for 10 minutes before the testc. ate chocolate before the testd. watched a film about Stephen Hawking before test

a. a colony of bioluminescent bacteriab. the surface of an exoplanetc. a picture of the universed. part of Fermilab's particle accelerator, which will be shut down this year 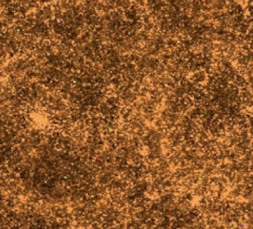 4. At a 6,000-year-old site in an Armenian cave, researchers discovered the world's oldest:

5. In February, you'll be able to watch a Jeopardy match on TV between Watson, IBM's Jeopardy-playing robot, and two humans. Who won this week's demonstration match?

a. Human champion Ken Jennings, who won 74 games in a row in 2004b. Human champion Brad Rutter, biggest all-time money winner on Jeopardyc. The computerd. No one, because the match was suspended when Watson froze just before Double Jeopardy

Answers are in the comments.

Image: M. Blanton and the SDSS-III