If you are afraid of spiders, don't read this...and PLEASE don't look at the pictures. 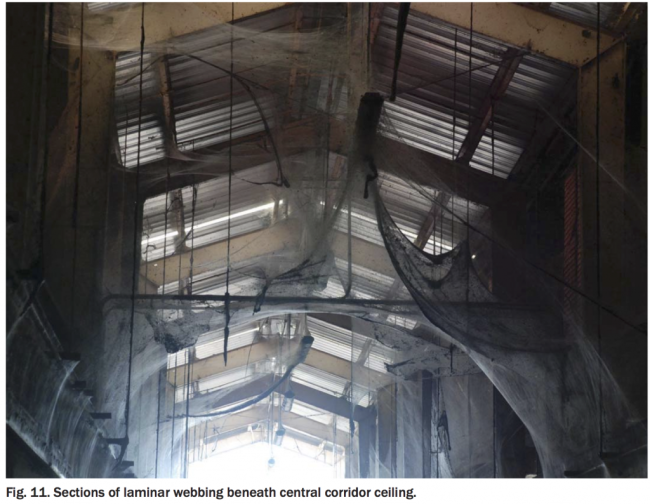 Although published by American Entomologist in 2010, this paper has been making the rounds lately, and we had to blog about it too because it's SO AWESOME. Well, awesome and creepy... very creepy. This entomological equivalent of a medical case study chronicles the findings of a group of infestation experts who answered a cry for help from a wastewater treatment plant in Maryland. The plant, which had always been home to spiders, was under seige by over a million orb-weavers that had blanketed everything inside the four-acre open-walled building. Even Spiderman would be impressed with the architectural wonder built by these prolific arachnids!

"In late October, 2009, the managers of the Back River Wastewater Treatment Plant in Baltimore, MD sought assistance in mitigating what they described as an “extreme spider situation” in their sand filtration facility. The building, consisting of almost four acres (16,099 square meters) under a single roof but with no side walls, had been prone to extensive colonization by orb-weaving spiders since its construction in 1993. However, the present infestation was considered to be worse than normal, and the facility’s maintenance and operations personnel had voiced concerns over the potential risk of bites. As an interagency team with expertise in arachnology, urban entomology, and structural pest management, we were unprepared for the sheer scale of the spider population and the extraordinary masses of both three-dimensional and sheet-like webbing that blanketed much of the facility’s cavernous interior. Far greater in the visual impact of the spectacle was nothing less than astonishing. In places where the plant workers had swept aside the webbing to access equipment, the silk lay piled on the floor in rope-like clumps as thick as a fire hose. This report has three objectives: 1) to document the phenomenon, providing photographs, species determinations, and estimates of the 2) to compare this remarkable concentration of normally solitary orb-weaving spiders with similar megawebs reported from both anthropegenic and non-anthropogenic habitats, as well as to review the range of antecedents for this behavior; and 3) to emphasize the potential research utility of aquacentric structures such as sewage treatment plants as readily accessible “culturing facilities” for predictable, dense aggregations of these spiders." 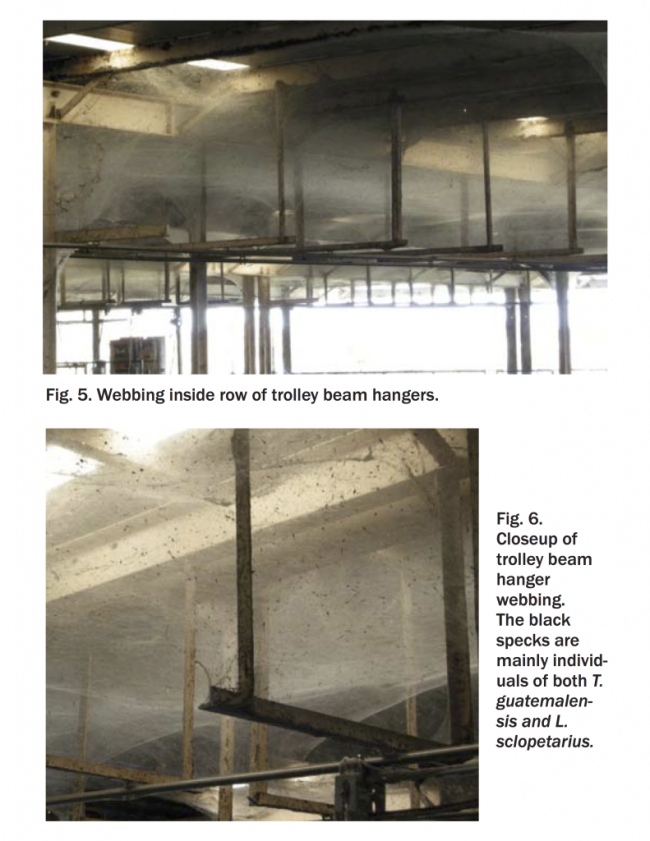