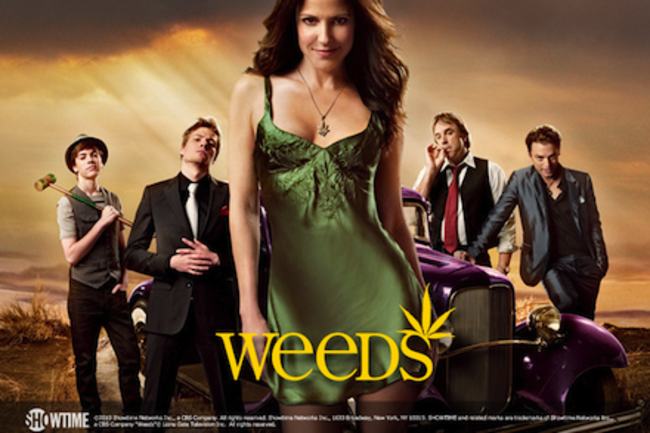 I have a strange job. A few weeks back I was wandering through the aisles of the local Walmart, searching for bug spray, when my phone rang. A very excited Robert Krulwich was calling. As I drifted past the potato chips and plasma-screen TVs, he declared to me with great excitement that I was going to be on the cable series Weeds. Now, I'm pretty sure that if I had actually auditioned for the show, I would remember it. Or at least I could find some trace of the experience over on IMDB, searching for my name in the role of Pothead #8. So there I was at the store, getting totally lost trying to figure out what Krulwich was saying. Gradually, the story emerged: a few months ago, I joined Krulwich and his partner in radio crime, Jad Abumrad to tape a couple segments for their fine show, RadioLab. In one of those segments, I describe the glories of parasites, focusing on one surgically fiendish wasp. Apparently the people at Weeds are RadioLab fans and sometimes work bits of it into their own show. And apparently, they are using my ramblings--at great length, I'm reliably informed--in the season premiere. What deeper meaning that Jad, Robert, and I could bring to their show, I can't say--in part because I don't have cable TV, so I'm not a regular viewer. Suffice to say, it was a very long bug spray run. The new season airs tonight. If anyone sees it, fill me in! And if I can get my mitts on the clip, I'll post it. [Update: We've got it]