Humpback Whales Go Through A 'Cultural Revolution' Every Few Years 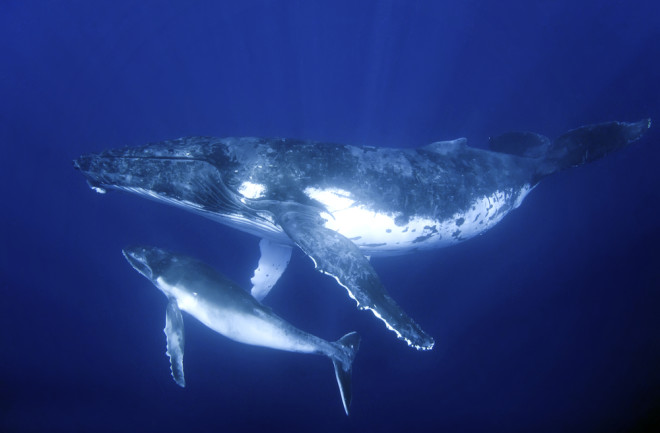 Humpback whales are crooners. During the breeding season, all the males typically sing the same tune, which changes over time.

Now, researchers find the humpback whales’ song doesn’t just change, it gets gradually more complex each year. That is, until the progression abruptly ends and restarts with a new song, something the researchers term a “cultural revolution”. The new song is simpler and may represent a cap on social learning, the researchers say.

“Humpback whale song is one of the best examples of animal culture [scientists] have,” said Jenny Allen, a marine biologist at the University of Queensland in Australia, who led the new research.

“If we can understand what drives the development of culture across animal species, we might be able to clarify what drove it to develop to such a complex extreme in humans,” she said.

Despite their complexity, the true purpose of the songs is still unknown. It could be related to breeding, but some scientists have suggested the calls might be a form of male bonding, a beacon for migrating compatriots or even a form of sonar.

Humpback whales spread their songs from population to population in a kind of cultural transmission researchers have only seen before in humans. Whales in western Australia introduce their tunes to other humpbacks in eastern Australia for example. Over the next one to three years, the eastern Australian population then passes their version of the song on to whales in the South Pacific. Allen wanted to find out if features of the whales’ songs could explain how they learned new tunes so quickly.

Allen and her colleagues recorded humpback whale songs every year from 2002 to 2014 as the eastern Australian humpbacks migrated off the coast of southeast Queensland. Then, Allen, who is also a musician, assessed the songs’ themes and phrasing. She scrutinized the songs’ length, repetitiveness and variation to come up with a score for how complex the songs were.

When she analyzed song complexity over time, she found that as the song patterns gradually evolved through small changes each year, they gradually became longer and had more parts to them. But when cultural revolutions completely replaced old song patterns with new ones, the songs were always simpler, the researchers report today in the journal Proceedings of the Royal Society B: Biological Sciences.

Allen suspects the small changes that make the songs more complex over time might be embellishments individual whales add.

“Since all the males in a population sing the same song, small changes might be an opportunity to stand out from the crowd,” she said.

But as to why the revolutionary songs are simpler, the researchers can’t yet say. It’s possible that eastern Australian humpbacks prefer simpler songs that they can then add their own unique style to.

But it also might be that learning a new song requires taking in a lot of information at once, so it’s best keep it simple. If true, that would hint at a limit to social learning among the marine mammals.