Unsurprisingly, few fuzzy socks are exchanged in the animal kingdom. Instead, these gifts range from prey wrapped in fine silk to proteins and hormones. 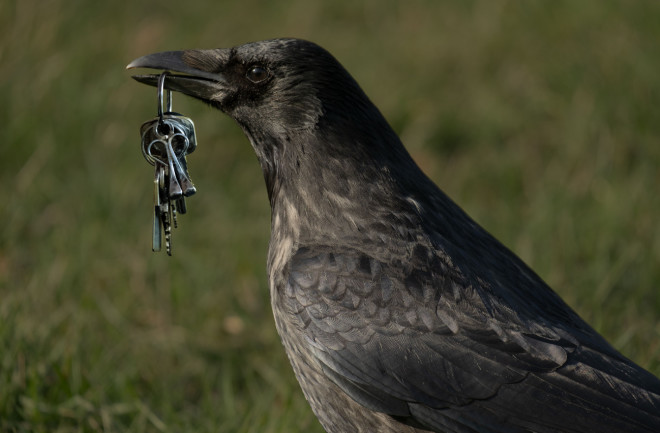 While you’re thinking of the perfect gifts for your loved ones this holiday season, male scorpionflies are crafting the perfect spitballs for theirs. Though spitballs sound unappealing to us, the female scorpionfly — a tan, slender-bodied, winged insect less than an inch long — finds the nutrient-packed ball of saliva a tasty treat. In fact, while she eats the gooey goodness, she rewards the male with an opportunity to mate with her.

And scorpionflies aren’t the only gift-giving animals besides humans; spiders, squid, snails, birds and many others strive to impress with presents. Most of the gifts traded among these species are nuptial gifts — that is, anything (beyond sperm and egg) that’s exchanged during mating or courtship to boost the gifter’s chance at reproduction.

Nuptial gifts range from prey wrapped in fine silk to proteins and hormones that increase the odds of mate and offspring survival. “The variety of things you find in nuptial gifts is just fascinating,” says Adam South, an assistant professor at Tufts University’s Cummings School for Veterinary Medicine who has studied sexual selection in arthropods for 15 years.

One of South’s favorite nuptial gifts is that given by the firefly. During sex, male fireflies provide their mates with gift packs of sperm and nutrients called spermatophores. When transferred to the female, the spermatophore fertilizes her eggs and supplies her with proteins and nutrition. Fireflies don’t eat as adults, so the extra nourishment extends her lifespan.

Also contained within the spermatophore are chemicals that increase the number of eggs she produces. And, as if that weren’t enough, the male packs the spermatophore with a defensive substance called lucibufagin that protects the female and her offspring from being eaten. “The firefly system is very honest and cooperative,” South says, reflecting on the many gifts that male fireflies bestow upon mate and offspring. “Maybe I’m just a hopeless romantic at heart, but I just think that's a beautiful story.”

Male sagebrush crickets, or sagebrush grigs, on the other hand, offer nuptial gifts of self-sacrifice to females. As they mate, he lets her chew on his fleshy hind wings — sucking out the hemolymph (an insect equivalent to blood) as nourishment. “If the male has these fresh, nice big wings, then she’ll munch on them, and they’ll mate for a longer period,” South says. Females can be choosy, though. If the male’s wings are already shredded, she’ll refuse. Thus, it’s usually “one and done” for the male cricket.

Nursery web spiders present their potential mates with a meal, too, but it’s not found on their bodies; males wrap a freshly caught insect in silk and offer it to females that catch their eyes. Like the sagebrush cricket, she may refuse if it seems unappealing. When that’s the case, male nursery web spiders become shameless re-gifters: They simply add more wrapping to the gift and present it again to the same female.

Instead of turning him away, the female usually accepts this second offer and mating ensues. Scientists attribute this change of heart to chemicals the male adds to his silk to increase the gift’s attractiveness to the female. (Or perhaps she’s just a pushover.)

Perhaps the most gruesome gifts are those given by great grey shrikes. Males curate grisly exhibitions of their hunting skills by impaling prey on thorns and twigs where females are likely to see them. A female shrike selects a partner based off his macabre collection, and during courtship, the male may offer kills directly to his potential lifelong mate. Larger items like snakes and lizards, of course, score him more points than smaller ones like bees and grasshoppers.

In a rare, cross-species exchange, crows are known to give gifts to humans. “We've recorded it, and many people have witnessed it,” says John Marzluff, a professor of wildlife science at the University of Washington and author of Gifts of the Crow: How Perception, Emotion, and Thought Allow Smart Birds to Behave Like Humans.

Marzluff has heard several stories of crow gifts: One crow returned a woman’s fake teeth. Another, after being freed from a fence, brought prey to its human rescuer. Across the internet, people share stories of crows leaving them little treasures in exchange for food. “These are very social animals,” Marzluff says, “and there's no reason to suspect that they wouldn't form bonds or associate preferentially with other species that are important to them.”

Whether for friendship or for love, gift-giving among animals is more common than we realize. “You can see the basics of this behavior across many different taxa,” South says, “so this is probably something that evolved multiple times because it's central to the reproductive fitness of both males and females.”

The basic drive behind the gift-giving — to secure a mate or to form a bond — is a good reminder for us humans of the true purpose of holiday gifts: to create and strengthen social relationships so our loved ones continue to flourish. Just don’t take a page from the nursery web spider’s book and disguise an unappreciated gift with more wrapping paper, as that’s less likely to work in the human realm.