As a species, our unflinching obsession with size is just as apparent in our dealings with other animals as it is in our personal lives. Fishermen prize the biggest catches and they're are obliged to throw the smallest specimens back in. Hunters also value the biggest kills; they provide the most food and make the flashiest trophies. This fixation isn't just a harmless one - by acting as a size-obsessed super-predator, humans are reshaping the bodies of the species we hunt, at a remarkable pace and to a dramatic degree. 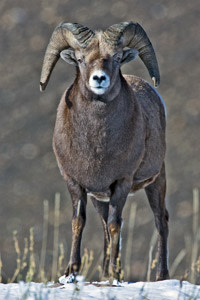 Predators already put a lot of pressure on their prey to evolve new ways of escaping untimely death. But humans are predators like no other. Not only do we target an uncommonly wide range of species, but we also tend to focus on larger and older specimens, ignoring the sick, weak and unfit individuals that fall prey to most other hunters. In doing so, we have become a leading evolutionary force, setting off some of the most abrupt physical changes ever observed in wild populations.

Chris Darimont from the University of California has exposed the scope of these changes by analysing the results of 34 earlier studies that looked at 29 different species, all harvested by humans. From mighty bighorn sheep to innocuous limpets, Darimont found that almost all of the harvested species had shrunk in some way, becoming about 20% smaller within a few generations. The vast majority also became sexually mature about 25% earlier.

The results make sense - after all, if reaching a certain size or age puts you within the sights of a highly efficient predator, then smaller individuals, or those that reproduce as much and as early as possible, will gain an advantage.

Take bighorn sheep - once their beautiful horns curl past a certain point, they become legal hunting targets and few males live beyond a certain point. So many bighorns in the Rockies have found their way across a rifle's sights that the horns of an average male have now shrunk by about 25% in the last 30 years. Similar things have happened in the sea. The practice of taking the largest fish while throwing the little ones back in has driven a shift in size towards smaller individuals. 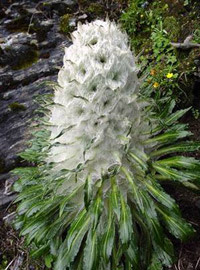 Even plants have been affected. The snow lotus is a rare Himalayan plant that is prized for its role in traditional Chinese medicine. As with fish and bighorns, people prefer to collect larger show lotuses, which means that over the last century, the plant has become significantly smaller on average. In fact, it has shrunk by the greatest amount in the areas where it has been most heavily harvested.

But how do these effects compare next to those wrought by natural forces? To meaningfully compare the two, Darimont converted his data into "darwins", an aptly named unit of measurement called that measures evolutionary change over a given period of time. The numbers revealed that the rate of physical change brought about by human hunting is 50% higher than that caused by other human activities, such as pollution. And it completely eclipses the effects of natural causes by over three times.

Some of these changes have probably happened at a genetic level, while others (particularly shifts in the age of sexual maturity) could just reflect a species' natural flexibility in the face of environmental changes (biologists describe this as "plasticity"). Either way, the changes are certainly large and rapid.

There are several reasons for that. Humans prey upon a vast range of species and among those we target, we take unnaturally large proportions of the population. And while other human activities like pollution or habitat destruction only affect species indirectly, hunting has a more direct impact. Every pull of a trigger and every yank on a hook takes an individual and the genes it carries out of circulation. By removing individuals according to their physical traits, we are inadvertently doing the same sort of selective breeding that we would do with domesticated species.

That's not necessarily a bad thing, but it becomes a problem if populations change in ways that make them more vulnerable. Species that breed at an earlier age or smaller size could have fewer young or be less capable of raising them successfully. That could lead to an unstable population that's both smaller in size and fewer in number.

In most cases, it's also bad news for the humans who drove the evolution of their prey in the first place. Smaller bighorns mean poorer trophies for hunters, while smaller fish or snow lotuses mean diminished catches for fishermen and gatherers. By unsustainably targeting the largest individuals, hunters are doing themselves out of their future livelihoods. It's a lose-lose situation.