Human History, As Told By Parasites 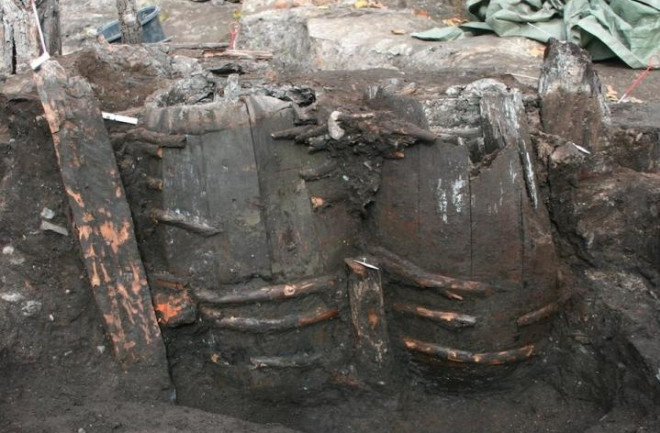 Ancient latrines. (Credit: Søe et al (2018)) Archaeologists might not get into the field to go digging through ancient toilets. But, that's just what a team from the University of Copenhagen did, and with good reason, too. What goes into human mouths must come out, and the leavings can offer a glimpse into ancient lifestyles. Especially interesting, as it turns out, are findings that aren't even human. The parasites that live and reproduce in our bodies say a lot more about us than we think. A menagerie of parasites infests modern humans, including nearly 300 species of worms and more than 70 species of protozoa. Knowledge of our hungry co-inhabitants is found in some of the earliest written documents, such as the Ebers papyrus, an ancient Egyptian scroll from 1500 BC that described intestinal parasites.

Your Worms and You

Given the long history that parasites share with humanity, scientists are finding that analyzing ancient specimens can shed light on our own history. For instance, previous work analyzing body lice suggested our ancestors started wearing clothing about 170,000 years ago. Parasitic worms often decay quickly after their hosts die, said Martin Søe, a molecular biologist at the University of Copenhagen in Denmark and author of the latest study. However, their eggs typically possess very hard shells, and can survive for millennia, he explained. For instance, prior work discovered parasitic worm eggs in mummies dating from 1200 BC. Microscopic analysis of parasite eggs can only reliably identify a few species — often, scientists can only say if an egg belongs to a certain genus, or group of closely related species. This can prevent researchers from knowing which parasites were infesting hosts — for example, although the whipworms Trichuris trichiura, Trichuris suis and Trichuris muris all belong to genus Trichuris, T. trichiura infects humans, T. suis infects pigs and T. muris infects mice. So instead of using microscopes, Søe and his colleagues sequenced DNA from parasite eggs to more precisely identify them. They focused on samples that Danish archaeologists collected from ancient latrines in Bahrain, Jordan, Denmark, the Netherlands and Lithuania, spanning a period from 500 BC to 1700 AD. Most of the egg DNA came from parasites known to spread from human to human, such as the giant roundworm Ascaris lumbricoides, today the most common parasitic worm in humans. However, much of the DNA also came from parasites transmitted via raw or undercooked fish and pork, such as the fish tapeworm Diphyllobothrium latum and the pork tapeworm Taenia solium.

The researchers also found parasites that infect other animals, hinting they may have lived among humans. The animals included sheep, horses, dogs, pigs and rats. Moreover, they examined animal and plant DNA in the latrine dirt, finding evidence of hunting, fishing and farming practices — some Danish samples contained DNA from prey such as fin whales, roe deer, hares, cod, herring and halibut, while some northern European samples contained DNA from crops such as cabbages, buckwheat, strawberries and pears. "Even though we assume that human feces are present in latrines, people have also thrown all the other waste that was lying around — horse manure and feces from pigs and goats or sheep, as shown through the presence of parasite eggs from host-specific species," Søe said. "And that could only have been done if the horse, pig and goats or sheep lived in the immediate proximity of the latrine." This new technique could help archaeologists better reconstruct what life was like in the past. For example, in latrine samples from Gammel Strand, part of the old harbor of Copenhagen, the scientists could identify DNA "from saltwater fish — herring and cod — as well as cats, horses and yes, rats," Søe said. "Likely a very dirty place by our standards, with a lot of activity from humans and animals." The scientists could also reconstruct several ancient parasites' mitochondrial genomes — DNA in the cellular energy-generating structures known as mitochondria. Since mitochondrial DNA is only passed down by mothers, it can help reveal the heritage of an organism. For instance, the researchers unexpectedly found that Northern European whipworms from 1000 AD to 1700 AD were very closely related to ones found in present-day Uganda compared to present-day China. This surprising finding suggests that whipworms — and perhaps their hosts — from Northern Europe and Uganda were in the same places at the same times, a hint abouts ancient patterns of travel and trade. In the future, this new technique could help solve mysteries regarding how parasites spread across the globe. For instance, the human whipworm has problems maturing in cold climates. "Hence transmission into the Americas is still debated, as the worms would most likely not have been able to survive transmission from one human to the next in the arctic climates in Alaska," Søe said. "More genetic studies of worm populations are needed in order to address such questions." The scientists detailed their findings online April 25 in the journal PLOS ONE.