Zero as a concept was something that didn’t always exist in human cultures. We had to find it for ourselves — more than once. 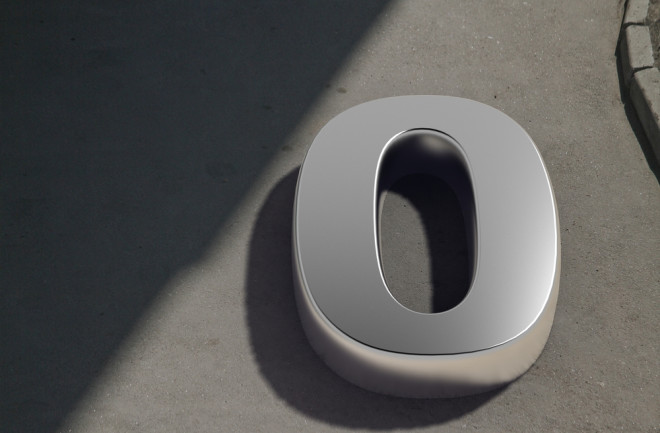 Of all the numbers that exist, there’s something special about zero. We can find real-world examples of other numbers, be it $1, 99 red balloons, 100 years of solitude or any other thing we care to tabulate. But it’s difficult to find examples of nothingness — even the supposed vacuum of space is disturbed by faint gusts of hydrogen atoms.

Perhaps that’s why zero is a fairly recent invention. While it popped up in different forms in various places, the concept of nothing as a number is just a few thousand years old, at the most. And sometimes it never seems to have existed at all. Both the Egyptians and Romans didn’t appear to use zero.

Nonetheless, zero is quite important to us today. The concept plays a foundational role in calculus, as we calculate derivatives converging upon zero. It’s also used in coordinate systems on graphs, which begin at the point (0, 0).

Ancient civilizations found use in zero as well, first as a component of numerical systems and later as a mathematical tool. The Sumerians are thought to be the first to have recognized the idea of nothing (although not until later did they come up with a symbol for zero). The Maya, likewise, developed the idea of zero independently. The concept of nothingness later traveled from the Middle East to India, China and elsewhere.

European civilizations were fairly late to the nothing game, incorporating zero into their cultures only after the mathematician Fibonacci brought the Indo-Arabic numeral system to Europe after travels in the Middle East and Africa. There, as elsewhere, zero would prove to be a revolutionary concept, inspiring thinkers of the Middle Ages and Renaissance to fundamental insights about mathematics and the world.

The discovery of zero doesn’t seem to have come all at once, but rather in stages. Scholars think it began with the concept of nothing as a placeholder while counting. This is how the Babylonians employed zeros some 4,000 years ago. When counting, they divided their numbers into columns, much as we do today, a concept called positional notation. For us, the number 115 has three columns with place values — ones, tens and hundreds. There’s a five in the ones column, a one in the tens column and a one in the hundreds column. To write, say, 105, we need to show that there’s nothing in the tens column, something accomplished with a zero today.

Though the Babylonians used a different number system than we did, they counted in much the same way using positional notation. When they needed to show that a column had nothing in it, the Babylonians came up with the idea of simply leaving a space there — nothing in the truest sense. It’s our first real example of an acknowledgment of the concept of nothing.

Over 1,000 years later, under the Seleucid Empire, the Babylonians appear to have begun using glyphs shaped like wedges in place of spaces — some of the first graphical representations of zero. But, even so, the Babylonians don’t seem to have extended their concept of zero to include it as an actual number. A stone tablet of mathematical sums, for example, includes the calculation “20 - 20,” but leaves the answer blank — an undefined sum.

The Maya applied zero in much the same way. When writing dates, they needed a means of putting a zero in columns when appropriate. For example, the date that corresponds to the beginning of what they believed was the world’s current era was written 13.0.0.0.0 in Maya notation and corresponded to 3114 B.C. Because the Maya had no contact with Eurasia until long after these glyphs were written, it’s clear that the Maya invented the concept of zero independently.

The Maya appear to have used several different glyphs for zero, though a shell was most common. The shell glyph also appears to have been used to indicate the concept of nothing more generally. A translated verse in Maya text mourning a fallen leader, reads, in part, “no pyramid, no altar, no earth/cave.” The same shell glyph that stands for zero in their number system appears here in a more abstract sense, signifying nothing.

Zero on the Move

From Babylon, zero began to spread slowly to other regions of the world. It turns up in Greece around the fourth century B.C., probably brought back by Alexander the Great after he conquered the Babylonian Empire in 331 B.C. Here, we begin to see traces of the modern oval that we use today to represent zero. Greek astronomers like Ptolemy made use of a hollow circle when calculating trigonometric figures, often adding a bar or line across the top. This, argues Robert Kaplan in his book The Nothing That Is: A Natural History of Zero, indicates they probably thought of zero as something closer to a punctuation mark between real numbers, rather than a number in and of itself.

For a true appreciation of zero’s place in the number line, we must venture to India. There, researchers see the first solid evidence of zero, called “sunya” by the Indians, being used in mathematical calculations. It’s a sign that mathematicians there conceived of zero as a unique numerical entity. Likely the first to make this logical leap was a man named Brahmagupta, a foundational figure in Indian mathematics. In his mathematical treatise Brahmasphutasiddhanta, written in A.D. 628, Brahmagupta provides rules for doing calculations with zero that mirror what we understand today.

“When zero is added to a number or subtracted from a number, the number remains unchanged; and a number multiplied by zero becomes zero,” he writes.

This represents a profound logical leap, argues neuroscientist Andreas Nieder in a 2016 paper.

“For a brain that has evolved to process sensory stimuli (something), conceiving of empty sets (nothing) as a meaningful category requires high-level abstraction. It requires the ability to represent a concept beyond what is perceived,” he writes.

The true origins of zero are still a subject of debate among historians and mathematicians. For example, the number zero may have shown up in what's now Cambodia even earlier than in India, argues Amir Aczel. The mathematician undertook a years-long search for the origins of zero, ending up in a shed near the ancient city of Angkor Wat. There, a tablet dated to the seventh century A.D. bears what he argues is the first real zero. As he writes in Finding Zero: A Mathematician’s Odyssey to Uncover the Origins of Numbers, that would move the first true zero from India to Cambodia, and push back our timeline of the number by about 200 years.

Wherever it was first discovered, our present-day zero — the one we write with a hollow oval — didn’t make it to the Western world until the 13th century. That’s when Fibonacci, best known today for an eponymous number set, introduced Europe to the Indo-Arabic zero in his text Liber Abaci. The book, published in 1202, brought our modern number system to the continent, including its foundational zero. The numbers caught on, and mathematicians carried the zero into the Renaissance and beyond.

In Europe, as wherever else zero was discovered or introduced, it appears that the number never fell out of fashion. Once nothing appears, it’s there to stay.