How Owls Rotate Their Heads So Far Without Snapping Their Necks 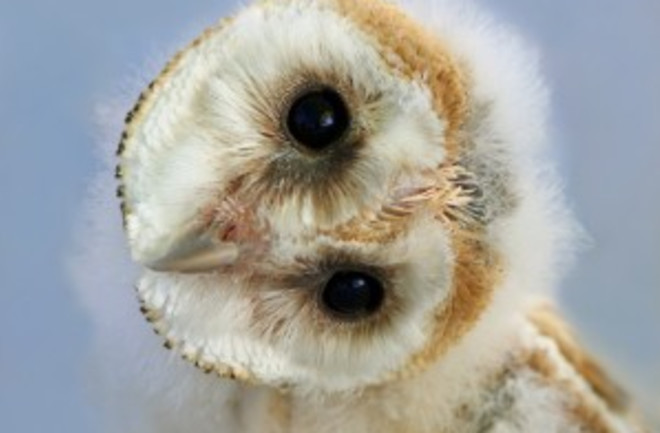 Most animals, humans included, can only turn their heads so far without snapping their necks or causing a stroke. But owls can rotate their necks 270 degrees---an impressive ¾ of a full rotation---without causing any harm. Owls have unmoving eyeballs, so neck rotation is necessary for the animal to have any sort of peripheral vision. How can owls pull it off without cutting off the blood supply to their brains?

For the first time, researchers at Johns Hopkins think they may have an explanation. By dissecting dead owls, the researchers pinpointed adaptations in the vertebrae and blood vessels that they think allow the owl to achieve such a feat. Their illustrated results were published in Science today, and won first prize for posters in the NSF/Science visualization challenge.

First is the transverse foramina---the holes in their vertebrae through which the vertebral artery is threaded. In the owls, these holes were ten times bigger than the artery itself. The researchers suggest that the extra space may give the artery some extra wiggle room and provide a protective air cushion. Plus the owl's vertebral artery has some slack because it enters the base of the neck at a higher point than in most birds.

Second, the arteries under the jaw are expandable. Most animals' arteries become increasingly smaller, carrying less and less blood as they move further from the heart. But the trio of arteries in the owl's jaw can fill and form blood pools. This way a supply of oxygenated blood can flow to the brain and eyes, even when head rotation prevents fresh blood from making its way up through the vessels in the neck.

Third, certain arteries in the owl's brain are linked by a tiny channel, providing a sort of arterial detour. This allows for uninterrupted blood flow even if one of the arteries is blocked.

With these and other uniquely functioning blood vessels, scientists are finally getting (and illustrating) a clearer picture of the owl's fascinating neck.