How Much Carbon Dioxide Does Your City Produce Each Day?

Now you can find out thanks to a group of researchers publishing daily carbon emissions from 1500 cities around the world. 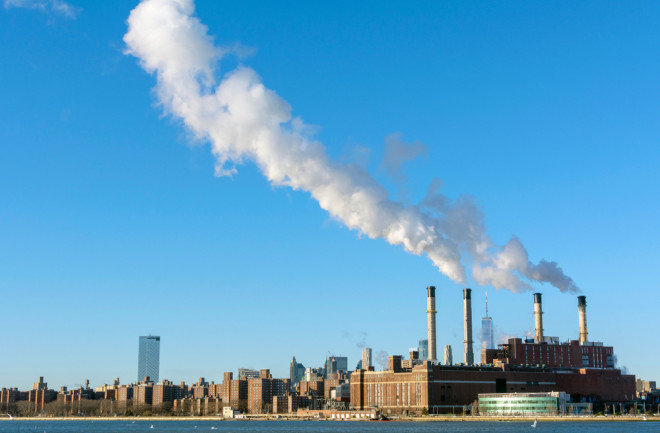 One of the challenges in reducing carbon emissions is knowing how much you are already producing. Only then is it possible to accurately plan how to make future emissions lower.

The trouble, of course, is that measuring carbon emissions in a timely fashion with high resolution is tricky. Carbon comes from a variety of sources, often measured in different ways. And the geographical resolution of this data can be poor, making it difficult to pinpoint the most polluting sources.

Neither is this data available in a high enough resolution to allow changes on the scale of cities. And many current measures take a year or more to process so can be out of date by the time they appear. None of this is conducive to detailed, long-term planning.

That looks set to the change thanks to a new initiative to compile near real-time daily estimates of the carbon dioxide emissions from 1500 cities across the globe. The data is being released on a publicly available website allowing policy makers, city planners and industrialists to measure their output and the effects of any changes to it.

The website is the work of Da Huo and Zhu Liu at Tsinghua University in Beijing with colleagues, a development of their earlier research that provides near real-time estimates of carbon emissions per country.

Working out emissions for a city is complicated for a number of reasons. The first is that it is not always straightforward to define city limits.

Da, Zhu and colleagues rely on two definitions — functional urban areas and global administrative areas. However, even these determine city limits in diverse ways around the world — sometimes functional urban areas are significantly larger than their counterparts and sometimes it is the other way round. So each city must be treated in its own right, depending on local practice.

Then there is the detailed accounting necessary to add up all the sources of carbon emissions in each city in way that makes them comparable. The team have used data on daily power generation, on local industrial production, on ground transport based on traffic congestion, aviation emissions from flight radar records and residential heating and ventilation demand based on the daily temperature.

The calculation for each city then has to be checked, various corrections made where necessary and then the entire database compared with other records to check its accuracy. “We estimate the overall uncertainty range to be ±21.7 per cent,” say the team.

The team have made all this data available on a website that allows comparison with emissions from previous time periods to show how they are changing over time, and comparison with other cities.

For example, in a comparison with 25 other major cities, Moscow comes out as producing the greatest annual emissions of carbon dioxide at some 90 million tons, compared to New York’s 60 million tons and London’s 40 million tons.

However, in terms of the variation in emissions between 2020 and 2021, Berlin comes out top of the rankings having increased emissions by over 10 per cent while Cape Town, Tokyo and Sydney have all kept their emissions constant.

Of course, the website allows much more detailed study with the ability to examine how emissions vary for each sector per city.

That’ll be useful given that Da, Zhu and colleagues say that 60 per cent of fossil fuel emissions come from cities. Now that daily emissions data are easily available, there should be no excuse for not coming up with carbon reduction strategies. This kind of data may even allow cities to compete, which could provide more motivation for change.