In our increasingly globalized world, it's not just commodities that get shipped around---ocean critters all too often tag along. Now scientists have developed a model to predict which ports and shipping routes are most at risk for invasions by non-native species. 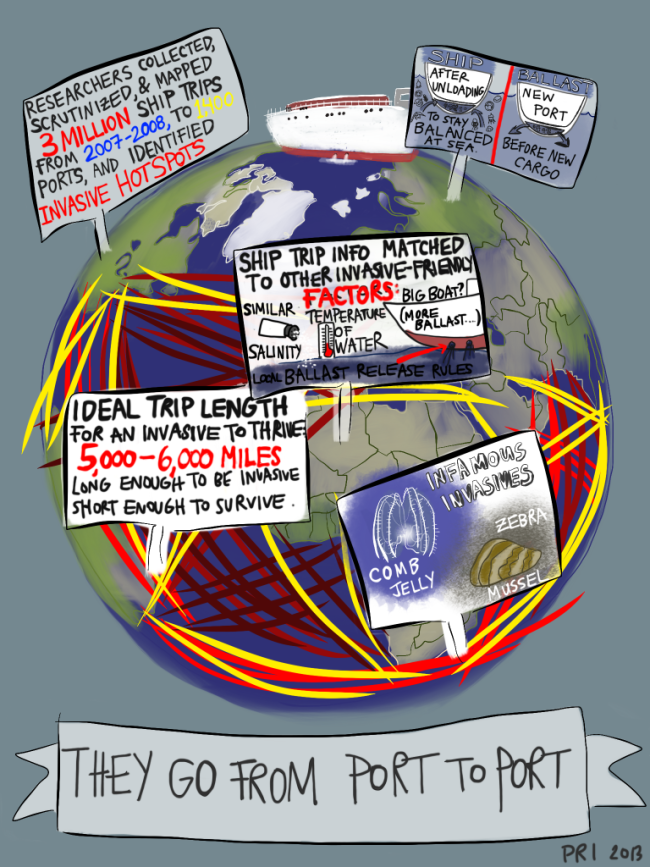 Researchers from the University of Oldenberg in Germany, led by Bernd Blasius, used information from three million ship trips between 2007 and 2008 to study 1,400 ports and identify those most likely to be receptive to an invasion.

Anatomy of an invasion

When a freight ship has unloaded its cargo in a port, it loads up on ballast water to keep the massive vessel balanced as it heads back out to sea. Upon arriving in a new port, the ship unloads that ballast water that it got in the previous port, which always includes little critters in the form of invertebrates and their larvae- jellyfish, mussels, fish eggs, plants, and pathogens.

Depending on the distance of the journey, those ship ballast stowaways can be native, if the two ports are close enough to each other, or non-native, if the ports are far away. By plugging into their model the salinity differences between ports, which can affect a creature's ability to survive, the various water temperatures, the ballast release protocols in different ports, and the size of the ship, the researchers were able to deduce those ports most vulnerable to invasions. Heavily trafficked ports like Los Angeles, New York, Long Beach, Hong Kong and Singapore were high on the list, but the temperature comes into play too: although the North Sea is subject to a high volume of ship traffic, northern Europe dodges the bullet because its waters are too cold for tropical species to survive.

The model, published in Ecology Letters, also reveals the ideal distance of a trip to foster an invasive invasion. Ships traveling between 5,000 and 6,000 miles are moving beyond the native realm, so a critter picked up in, say, Shanghai and dropped off in San Francisco is officially non-native. But that journey is also not long enough that the critter will die en route---it arrives fully functioning and ready to rip into its new home.

The strongest validation of the model came when researchers compared the model's output to invasive species research collected in other areas---especially focusing on four studies of San Francisco Bay---and were astonished to find their predictions matched up with documented invasive events in the same ports. The model also revealed that treating 25 percent of ballast water through filtering or applying ozone  can reduce invasive species by 24 percent.

There are some infamous invasives which serve as omens of the potential implications of  ship ballast stowaways: the invasive comb jelly, taken from American waters to the Black Sea, has positively taken over, harming fisheries and the tourism industry. The zebra mussel, notorious for its takeover of the Great Lakes in the U.S., came via cargo from the Black Sea in 1988.

The model will help improve invasives mitigation efforts because building the shipping information into it, somewhat obviously in retrospect, allows us to track the path of invasives and be extremely careful about ballast water in vulnerable ports. This group of researchers will next turn their attention to diseases that travel the world in ballast water, such as cholera, and also whether new shipping lines being opened up in the Arctic will impact native species there.

Map in drawing based on an image by Michael Gastner, University of Bristol. 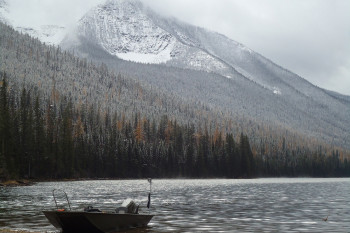 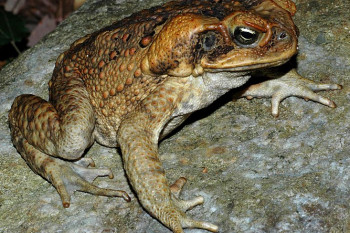 EnvironmentFinally, a Predator to Control the Notorious Cane Toad: Meat Ants?
Recommendations From Our Store