How Many People Ever Lived? 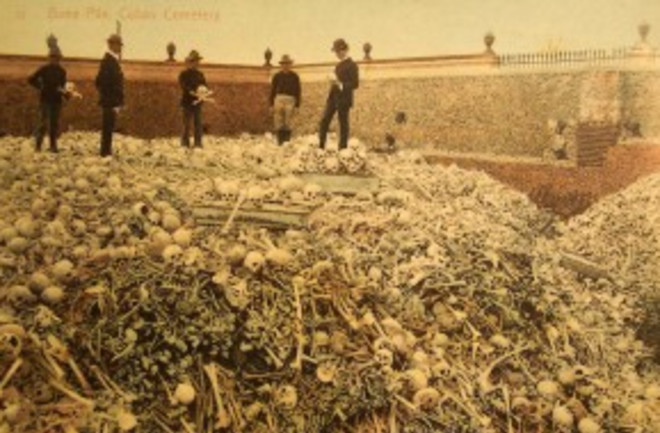 While I was writing The Cancer Chronicles, I came to a point, early on, where I wondered how many people had ever been alive in the world. The best answer I could find came from a study by an organization called the Population Reference Bureau: 108 billion.

I was stunned by the magnitude of the number. It is still common to hear that more people are alive today than have ever lived. Or an even more extreme claim: that 75 percent of everyone who ever walked the earth is living today. But that is not even close to being correct. By the Population Reference Bureau's reckoning, the proportion of living to dead is only about 6 percent.

The author of the study, Carl Haub, describes the assumptions that went into his calculations. Modern homo sapiens is widely believed to have made its appearance around 50,000 B.C., so that was year zero for his count.

As more people began to move from a nomadic existence as hunter-gatherers to a more sedentary life as farmers, the world population grew at an increasing pace. There is actually a specialty called paleodemography, and Haub drew on various estimates to come up with a population of around 5 million in 8,000 B.C.

By 1 A.D. experts estimate that there were at least 45 million people in the Roman Empire. Extrapolating upward, Haub put the world population back then at roughly 300 million. Based on various assumptions about birth rate and the impact of infant mortality, infanticide, and the Black Death, it took until 1650 for the number to reach half a billion, surpassing 1 billion only in the 19th century. Today the population is 7.1 billion and rising, but the total accumulation of people, living and dead, has reached 108 billion.

That was interesting enough. My primary interest, however, was to compare the number with how many human remains have actually been found. All of our theories on what life was like in prehistoric times -- including the prevalence of cancer and other diseases -- can only be derived from the evidence at hand. So how big is the sample size? Getting that second number was a little tricker and will be the subject of my next post.

For a preview of The Cancer Chronicles, including the table of contents and index, please see the book's website.