How Insects' Ancestors Learned to Fly 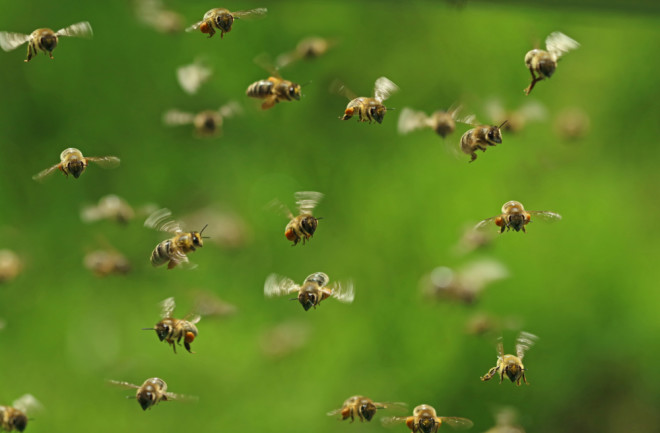 (Credit: MakroBetz/Shutterstock) Before they flew, winged insects had to learn to glide. Scientists say they've puzzled out the evolutionary path that gave insects wings, settling what had been a longstanding debate in the field. Using genetic techniques to peer back in time, researchers found that the winged insects of today once had stiff, fixed forewings used for descending. "Winged insects... were the first group of animals to conquer the air and the evolution of insect wings can be considered as one of the most important events in the history of animals," said Benjamin Wipfler, an evolutionary biologist at Friedrich-Schiller University in Jena, Germany, who led the new research. The discovery means insect wings did not evolve in an aquatic environment as scientists once thought.

Whether winged insects evolved on land or in the water is a “major unresolved question,” according to Wipfler and his colleagues. Many researchers assert the ancestors of modern winged insect species lived in the water because immature mayflies and dragonflies — two early diverging groups of winged bugs — have an aquatic lifestyle. But the fossil record doesn't provide any clear answers and until now no one had put together the kind of analysis necessary to settle the dispute. Wipfler and an international team of scientists wanted to close the debate. Using the largest dataset ever constructed for this purpose, the researchers scrutinized the protein-coding sequences of more than 3,000 genes from over 100 living insect species. The analysis allowed the scientists to create a family tree for winged insects that identifies which groups are most closely related to each other. This allowed them to work backwards in time to see what the common ancestors of these species were. The team also traced the evolution of over 100 traits related to insects' body structures, habitats, diets and social behaviors.

Together, the analyses revealed the last common ancestor of winged insects today was terrestrial, Wipfler and his collaborators report today in the journal The Proceedings of the National Academy of Sciences. Based on the analysis the team built a virtual model of what this land-dwelling forebearer to flying insects looked like. "Our study now shows [the evolution of insect wings] did not happen in an aquatic habitat," Wipfler said. Previous theories that posited wings grew from sails or underwater buoyancy organs can be excluded based on their work, he continued. Although contemporary winged insects use their wings for flying, that probably wasn’t the case for this terrestrial ancestor, the scientists say. While it had something resembling wings, they were likely much shorter, and critically, immobile, meaning the appendages would be useless for powering flight. Instead, Wipfler and colleagues think the ancestor used its wings to make controlled, gliding descents from high points. It's similar to some theories of how flight developed among mammals and other creatures — appendages that allowed for short glides eventually morphed into wings. Little by little, insects gained the ability to take to the skies under their own power — likely the first time any creature on Earth did so.