How Does Rain Mess With Bat Flight---Thermodynamics or Aerodynamics? 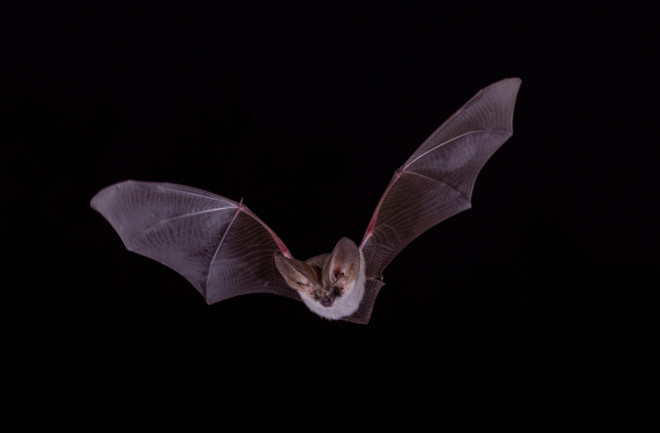 What's the News: Bats have to use twice as much energy to fly when they're wet as when they're dry, a new study in Biology Letters found, which may help explain why many bats refrain from flying in heavy rain. How the Heck: