From the Rosetta stone to the Enigma Code, there are two main ways to decipher ancient languages, but artificial intelligence is helping to modify translations. 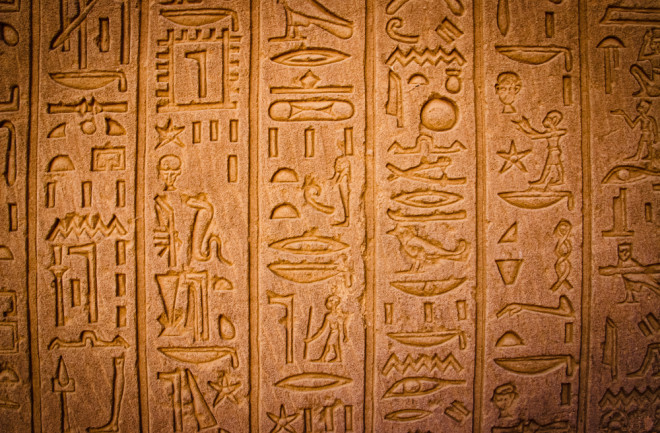 Until 200 years ago, no one in the modern era could understand Egyptian hieroglyphs; ancient Egyptian was essentially a lost language. The fact that historians can now read and understand hieroglyphic inscriptions is down to an act of archaeological prowess involving a fairly banal, but ancient legal text chiseled onto a world-famous stone.

“Next year marks the bicentenary of the Rosetta decipherment, which really was a watershed moment for Egyptology,” says Roland Enmarch, senior lecturer in Egyptology at the University of Liverpool in the United Kingdom. “It’s the single most famous translational artifact.”

How Are Ancient Languages Deciphered?

The Rosetta Stone, a carving of a proclamation issued in 196 B.C., proved so useful in decoding Egyptian hieroglyphs because the decree was repeated three times over. The first was written in hieroglyphs and the second in the demotic script, a cursive form of ancient Egyptian similar in style to written Arabic. The third version was in ancient Greek. Because ancient Greek was understood, this provided a route to decode the ancient Egyptian language.

More on the Rosetta Stone:

“If you have a bilingual script and one of them is in a language that you understand then that’s really helpful as long as the content of the text repeats itself,” says Enmarch.

Using this technique, you can see where sections reoccur and translate those bits. Sadly, the resulting translation of the Rosetta stone didn’t reveal anything particularly earth-shattering — it’s just a piece of administrative text to mark the anniversary of a king’s jubilee, but it did provide the means to understand other, more interesting texts.

The other way to resurrect a long dead language is through basic data processing. “There are some clay tablets from about 1450-1200 B.C. that were dug up in Greece and for decades people tried to work out what the hell they said,” says Enmarch.

The language is known as “linear B” and it predates the Greek alphabet and so most historians agreed it was probably a separate language altogether. However, decoders who had worked on cracking the German Enigma code during World War II were able to decipher linear B by assuming that it was in fact an ancestor of Greek.

They looked at patterns of variation within the script to see if that could offer clues. Certain sequences of symbols only appeared on tablets that were found on the island of Crete, but not on those discovered on the Greek mainland. This led the decoders to suppose that the sequences were therefore place names on the island, which turned out to be true. From this deduction, they were able to work backwards to translate the whole text.

“This is the only famous example of success by using this method,” says Enmarch.

There are efforts to make translating ancient languages a more modern pursuit. Researchers at Macquarie University in Australia teamed up with experts from Google to use artificial intelligence with the aim of speeding up the process of translating ancient Egyptian hieroglyphs into English and Arabic.

Read more: Besides The Rosetta Stone, Other Stone Texts Have Interpreted Ancient Cultures

“What the machine does well is to recognize where there are hieroglyphs and where there aren’t any. That’s not trivial because it means that the machine doesn’t just see gobbledygook,” says Camilla Di Biase-Dyson, a lecturer in Egyptology at Macquarie University who was involved in the project. “The problem is that it isn’t based on a great deal of training data. In order to snap a photo of an Egyptian tomb wall and translate it quickly, the machine will need a lot more data.”

For now, it still requires a lot of human input to make sure the end result is a reliable translation. But if the software is exposed to enough sample data, it’s possible that deciphering ancient languages becomes more accessible and there may be no need for human help in the future.