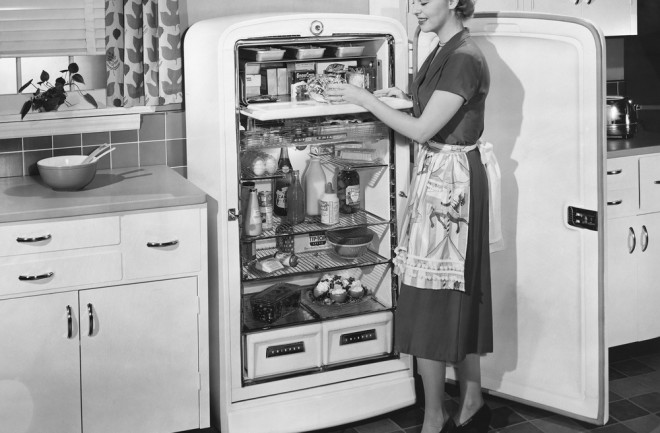 For quarantine cuisine, many of us are reaching deep into the kitchen pantry and freezer — recovering canned soups and frozen veggies, purchased who knows when. Though we may wonder, “Are these the same peas I used to ice my sprained ankle?” we’re confident the contents are edible. Perishables last for years thanks to modern methods of preservation, such as freezing, canning, vacuum-sealing and chemical additives.

But how did ancient people preserve their foods?

It’s a problem that every society, from the dawn of humanity, has faced: How to save food for figurative rainy days — away from microbes, insects and other critters eager to spoil it. Over the years, archaeologists have found evidence for a variety of techniques. Some, like drying and fermenting, remain common today. Others are bygone practices, such as burying butter in peat bogs. Though low-tech, the ancient ways were effective — clearly, as some of the products have survived millennia.

To get a sense of what preservation techniques ancient folks might have used, archaeologists surveyed the practices of living and recent people in non-industrialized societies (here, here, here and here) They found many low-tech methods, which certainly could have been accomplished by people thousands of years ago. The most common and familiar include drying, salting, smoking, pickling, fermenting and chilling in natural refrigerators, like streams and underground pits. For example, the Sami, indigenous people of Scandinavia, have traditionally killed reindeer in the fall and winter; the meat is dried or smoked, and the milk fermented into cheese — “a hard, compact cake which may last for years,” according to a mid-20th-century ethnographic source.

The various methods all work because they slow microbial growth. And drying does this best: Microorganisms need a certain amount of moisture to transport nutrients and wastes into and out of their cells. Without water, microbes shrivel and die (or at least go dormant). Drying also inhibits oxidation and enzyme activity — natural reactions of air and food molecules, which cause flavor and color changes.

Requiring minimal technology, methods like fermenting and drying could hypothetically have been used in the distant past. They are a good starting point for archaeologists seeking ancient evidence for food preservation. Plus, by observing the practices in action today, researchers were able to note the tools required and debris produced — material more likely to survive and surface at an archaeological dig than the actual food.

Indeed, rather than finding a food morsel — like a slab of deer jerky aged 14,000 years — archaeologists have, in many cases, uncovered traces of food-preservation efforts.

For instance, at a Swedish site dated to 8,600 to 9,600 years ago, researchers discovered a gutter-shaped pit packed with more than 9,000 fish bones, as reported in a 2016 Journal of Archaeological Science paper. Elsewhere at the site but outside the gutter, the most common fish remains were perch and pike. But in the pit, the majority of specimens were roach, a small bony fish that’s difficult to eat without some sort of processing. About one-fifth of the roach vertebrae showed signs of acid damage. The paper concluded the pit was used for fermentation — what would make it the oldest evidence for fermented food.

Similarly, in a 2019 Journal of Anthropological Archaeology study, archaeologists analyzed more than 10,000 animal bones recovered from a roughly 19,000-year-old site in present-day Jordan. Nearly 90 percent of the specimens were gazelle, and they were found alongside campfires and 2- to 4-inch postholes, which likely held support beams of a simple structure. Based on this evidence, and the way the gazelle bones were smashed and butchered, the authors suggest the postholes held a rack where meat was smoked and dried.

A Cree woman sits in front of a rack of drying meat in Saskatchewan. (Credit: Provincial Archives of Alberta/Wikimedia Commons)

Some ancient remains may still be consumable today, or at least used to create a modern dish or drink.

Last year, researchers from the Hebrew University of Jerusalem resurrected yeast cells recovered from ancient pottery vessels. Thought to be beer jugs based on their shapes, the vessels came from four archaeological sites between 5,000 and 2,000 years old in present-day Israel. After awakening the dormant yeast and sequencing its genome, the scientists used the fungi to brew beer. According to their 2019 mBio paper, members of the Beer Judge Certification Program deemed it drinkable, similar in color and aroma to English ale.

As for edibles, nearly 500 cakes of ancient butter have been found in bogs of Ireland and Scotland. From at least the Bronze Age, roughly 5,000 years ago, through the 18th century, people in these places buried a type of sour, extra-fatty butter in peat bogs. Researchers debate the reasoning behind butter burials — whether it was for ritual offerings, storage or flavor development.

Whatever the rationale, microbial growth and decomposition was inhibited in the bogs — acidic, oxygen-poor wetlands. Forgotten butter cakes have lasted thousands of years and counting. Some are quite substantial, including a 3,000-year-old, 77-pound chunk discovered in 2009, and a 5,000-year-old, 100-pounder found in 2013.

Archaeologists maintain the bog butter is theoretically edible, but advise against it. Reportedly, a celebrity chef sampled an ancient morsel and Stephen Colbert pretended to on The Late Show.

More cautious, curious folks have experimentally buried samples for shorter time spans and given them a try. In an 1892 issue of The Journal of the Royal Society of Antiquaries of Ireland, the Rev. James O’Laverty wrote that butter submerged for six and eight months “assumed the taste more of cheese than of butter… an acquired taste.” In 2012, food researcher Ben Reade conducted a similar experiment. After three months underground, tasters described Reade’s butter as gamey, funky and pungent, like moss, animal or salami. After one and a half years, Reade thought it “tasted really good.”

We’ll have to wait another 3,000 years for the final results.

Thanks to Brown University archaeologist Zachary Dunseth for input on this article.