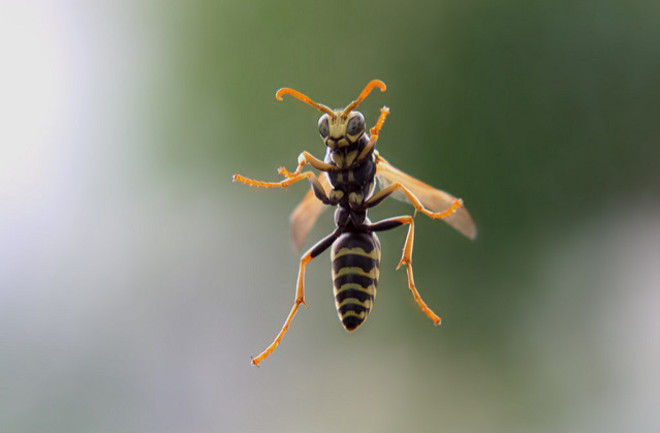 You probably think you don't have that many bugs in your house. Maybe a couple of spiders and a moth here and there, but that's all, right? Not so! At this moment, you're likely hosting more than 100 SPECIES of arthropods in your home, ranging from flies and spiders to mites and lice. Not only that, but according to this study, homes in richer neighborhoods have even a higher diversity of bugs. The authors suggest that this correlation may be related to an increased diversity of vegetation in the landscaping in these neighborhoods, which attracts a wider variety of creepy-crawlies. So there you have it: when you fall sleep tonight, just remember that you're probably not the only animal in your bed. And I don't mean your partner.

Exoskeletons and economics: indoor arthropod diversity increases in affluent neighbourhoods In urban ecosystems, socioeconomics contribute to patterns of biodiversity. The ‘luxury effect’, in which wealthier neighbourhoods are more biologically diverse, has been observed for plants, birds, bats and lizards. Here, we used data from a survey of indoor arthropod diversity (defined throughout as family-level richness) from 50 urban houses and found that house size, surrounding vegetation, as well as mean neighbourhood income best predict the number of kinds of arthropods found indoors. Our finding, that homes in wealthier neighbourhoods host higher indoor arthropod diversity (consisting of primarily non-pest species), shows that the luxury effect can extend to the indoor environment. The effect of mean neighbourhood income on indoor arthropod diversity was particularly strong for individual houses that lacked high surrounding vegetation ground cover, suggesting that neighbourhood dynamics can compensate for local choices of homeowners. Our work suggests that the management of neighbourhoods and cities can have effects on biodiversity that can extend from trees and birds all the way to the arthropod life in bedrooms and basements. Related content: Could the color of your bedspread actually attract bedbugs?What happens when you give a sadist a cup of bugs and a coffee grinder?Microbiologists discover caffeine-adapted bacteria living in the sludge in their office coffee machine.