Horses Were Tamed, Milked, and Probably Ridden 5,500 Years Ago 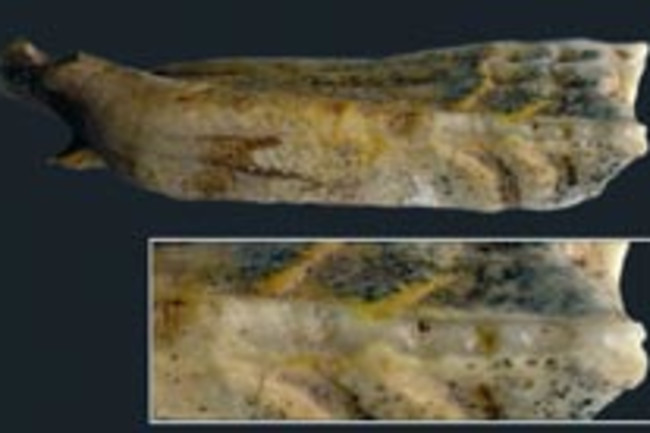 On the steppes of Central Asia, researchers have found evidence of the earliest "horse farm" dating from 5,500 years ago, pushing back the known domestication of horses by 1,000 years. Those first domesticated horses were probably kept primarily for meat and milk, researchers say, but soon enough new uses emerged, and horse riding revolutionized transport, communications, trade, and warfare. Says study coauthor Sandra Olsen:

"To me, the domestication of the horse was a seminal event in human history.... All the major empire builders, like Alexander the Great and Genghis Khan, would have been nothing without horses" [Los Angeles Times].

"This is, apart from being fascinating, something of a smoking gun for domestication — would you milk a wild horse?" said Outram [AP].

After years spent poring over horse teeth, Bendrey had found that bits and bridles leave distinct deep, parallel wear lines on the animals' teeth. The wearing can take away the enamel and dig into the dentine, and appears only on the pre-molars, in places where wild horses show no sign of wear and tear. Bendrey found bit wear marks on the horse teeth collected from Botai settlements, and concluded that the animals must have been domesticated [New Scientist].

Researchers had previously found the remains of corrals and leather tools resembling lassos in archeological digs of the Botai village site, but some researchers had argued that those elements could have been used to exploit feral horses. The new evidence seems to confirm that the Botai people got horses to settle down. And while there

is no way of saying for sure whether or not the Botai rode their horses, says Outram, but he believes it is very likely. For starters, stone tools found at the settlements are not made for locally-sourced stone, so it's likely the people travelled great distances [New Scientist].