That honey found stored in an ancient Egyptian tomb? Yeah, it's still good to eat. 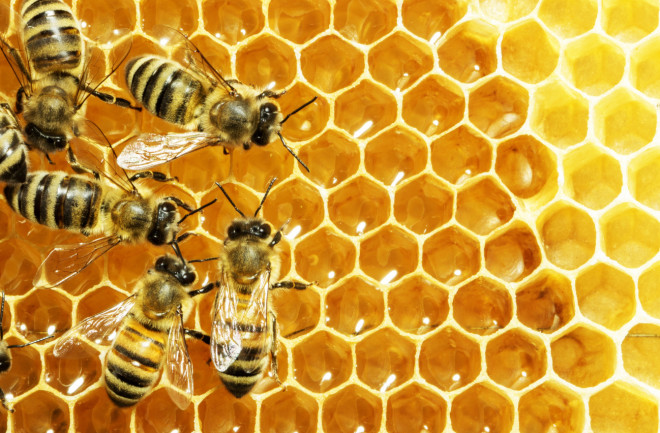 People have found honey useful for thousands of years. In fact, modern beekeeping was born from our long-held desire to harvest massive quantities of it. Cave paintings in Spain dated to 8,000 years ago depict humans gathering honey from wild honey bee colonies; the fact that they collected it without the protection offered by beekeeping suits goes to show just how irresistible honey was, even in antiquity. But what exactly is this sweet, golden liquid — and how do bees make it?

As their name suggests, honey production is a hallmark of the species of bee we call honey bees (members of the genus Apis). Some of their close relatives, like stingless bees and bumble bees, make similar honey substances as well. However, honey bee honey stands out for one remarkable reason: it never spoils.

“Honey is hygroscopic, it draws water out of the air,” says Lewis Bartlett, a postdoctoral associate at the University of Georgia who studies honey bee diseases and evolution. “If that happens, eventually the water level will rise to a point where yeast starts growing, which makes [the honey] ferment and go rancid.” The natural process by which honey bees produce honey drastically reduces its water content, he says, to the point that nothing (not even yeast) can survive long enough within it to go rancid. As long as your honey is sitting sealed on a shelf, it can stay good forever — which explains how scientists have found honey in dry Egyptian tombs that is still good to eat!

There are several factors at play that give honey this unique — and delicious — chemical make-up. Honey is made of nectar that worker bees collect from flowers, with the primary ingredients being the sugars sucrose, glucose and fructose. Once the nectar is brought back to the hive, bees pass it back and forth between one another’s mouths in a process called trophallaxis that helps get that water concentration down. The workers then store soon-to-be honey in the hive’s honeycomb storage cells, where evaporation (thanks to the hive’s high temperature) contributes to water loss even further. Once the water content is low enough, the bees cap the honey with beeswax. The whole process can be quick, “less than a week, potentially,” Bartlett says. “But it really depends on what’s going on biologically in the colony.”

Speaking of biological goings-on within the colony, there’s plenty of ways the bees themselves influence the chemistry of their honey. Bee digestion breaks down the sucrose within nectar into glucose and fructose, which are an excellent food source for microbes like yeast that could foul up the honey stores. These microbes are indeed held at bay by the low water content of honey, but only partially. Bees must add an enzyme to the honey to help fight microbes further: glucose oxidase. This enzyme facilitates the oxidation of glucose to produce hydrogen peroxide — a compound with strong antimicrobial properties.

All told, honey bees use a combination of biochemistry and behavior to turn nectar into honey. But why do they do it? It turns out, honey bees like honey for the same reason we do: It’s a long-lasting food source packed with sugars. Large amounts of honey are needed to help honey bee colonies survive the winter, when there are no flowers for them to visit for food and it’s too cold for them to fly.

Some beekeepers attempt to take over honey production steps usually performed by the bees, occasionally out of necessity. For example, if the weather is too humid, the bees may struggle to lower the water content of their honey sufficiently and a beekeeper may decide to remove it to try evaporating the remaining water themself. However, some consider the resulting product inadequate. “I don’t like it as much,” Bartlett says. “I don’t think it’s got the same flavor.”

With climate change set to alter global temperatures and humidity levels, it will only become more difficult for honey bees and their keepers to make the honey that they both love. But, given how far beekeeping has come since the days of those 8,000-year-old Spanish cave paintings, there’s every reason to believe human ingenuity and climate action will produce a solution as sweet as honey.