Home Is Where the Spiders and Beetles Are 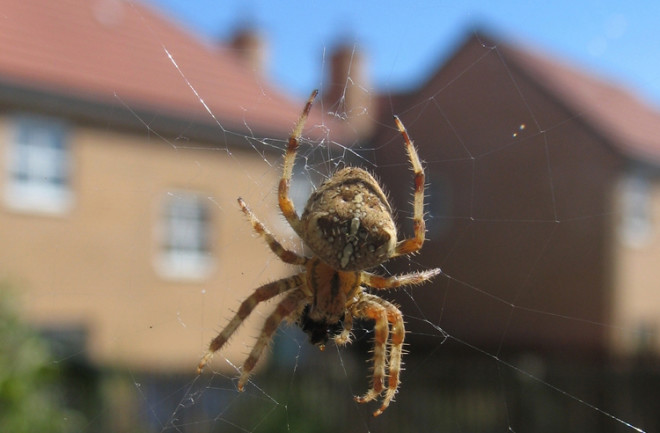 (Credit: Andrew Kerr/Shutterstock) Home is where the heart is. And it’s also where the beetles, spiders, ants and flies are. A study published Tuesday in the journal Peerj by researchers at North Carolina State University found that we share our houses with over 500 species of arthropods — you know, insects, spiders and other creepy crawlies. In the first study of its kind, the researchers visited 50 homes near Raleigh, North Carolina and searched high and low for multi-legged cohabitants, ending up with more than 10,000 samples.

Analyzing the collected samples one by one turned up a staggering array of arthropods, comprising not only common species like house flies and dust mites but also crickets, aphids, lacewings and hundreds more. In all, they found 6 classes of arthropods with 34 orders and 304 families represented. Houses averaged 62 families apiece. Although they found over 500 species in homes in total, only a little more than 200 were present in any one house, with an average of around 100. All of the 50 houses sampled contained ants, beetles, flies and spiders, although the species of each varied. Common arthropod guests included silverfish, cockroaches and mosquitos, and all but two percent of households had some form of lice. In all, only 5 out of 554 rooms sampled turned up no results at all. Here's more unsettling news about your segmented roommates: Researchers noted that their results are based on conservative estimates of arthropod populations, meaning there are likely many more species represented in houses across the country. They also searched only in open spaces, leaving out insect-friendly locales such as the insides of walls and underneath furniture. The researchers say that some of the most common species they found in the houses studied have also been discovered at archaeological sites, indicating a long history of cohabitation with humans.

Although you may be tempted to rush out and fumigate your home, the majority of the arthropods found pose no danger to humans, and many escape our notice completely, the researchers say. Only a few of the species they found could be classified as pests. Further, many of the insects don’t want to be in your home at all. While there may be more than 100 arthropod species in your house at one time, the researchers say many of them don't stay very long. Most of the unexpected houseguests are either brought in, or are just passing through. Although it sounds like your home is teeming with bugs, the 500 species researchers found in homes make up only a tiny fraction of the more than 1 million known species of arthropods found in the world. This accounts for around 84 percent of all known species. The researchers concluded their study by suggesting future investigations that expand the search for home-body arthropods to include different areas of the country, different kinds of dwellings, such as apartments, and studies looking at the relative number of each species present. It seems that we know very little about our closest roommates.