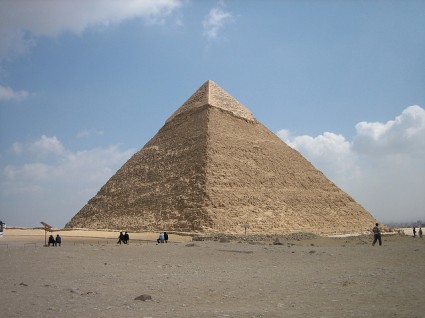 Since before the Great Pyramid of Giza was enumerated as a wonder of the world two millennia ago, people have pored over the mysteries of these vast tombs. Now, modern technology is helping researchers glean new insight into the pyramids, revealing them from far above and exploring them from deep within. Satellite images have revealed 17 "lost" pyramids and thousands of ancient tombs and settlements in Egypt, according to a BBC News report. Using a new imaging technique, researchers could pick out the outlines of ancient buildings buried under the surface. Pyramids From Space---How the Heck: 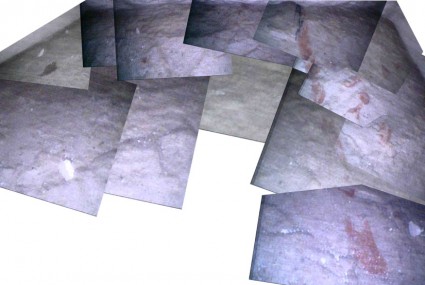 Composite image of red markings found in the Great Pyramid

Robot Pyramid Explorers---What's the News: A robot has explored further than ever before

into the labyrinthine tunnels of the Great Pyramid at Giza. It has sent back photos of red wall markings that have been hidden from view for 4500 years. The robot's images may also help archaeologists understand the purpose of some mysterious copper door pins, the only known metal component of the pyramid. How the Heck: