Having Siblings Makes You Less Likely to Divorce 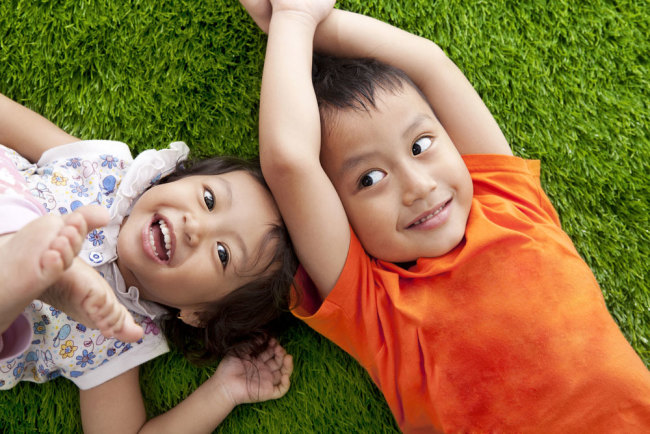 It turns out, the hair-pulling and bedroom-sharing of growing up in a big family may prep kids for adult life in a fascinating way: they're less likely to get divorced. The social skills gained by living with lots of siblings are thought to create healthier relationships later in life. The effect isn't an all-or-none situation. Instead, the effect is cumulative. Having one sister or brother reduces your probability of getting a divorce by two percent. Each additional sibling brings that likelihood down another two percent---until the number of siblings hits seven. At that point, the addition of another sibling has no effect.

. The survey is considered the go-to resource for information on societal trends, and is based on phone interviews with more than 57,000 adults across the United States---different groups of approximately 1,500 people were polled every year or two between 1972 and 2012. The researchers looked at respondents' answers to questions about siblings and marital status. About 80 percent of people had gotten married, and of those, 36 percent had since been divorced. Those with sisters and/or brothers growing up were less likely to fall into the divorcé category. To make sure the findings were due to the number of children and not some other characteristic of large versus small families, the researchers controlled for factors like education, socioeconomic status, race, age at marriage, and religious affiliation. None of these elements seemed to have any bearing on the correlation between siblings and likelihood of divorce. And interestingly, the effect was as true for participants when the study began 50 years ago as those who are adults now.

Can't we all just get along?

The researchers say the connection likely has to do with a child's learned ability to develop and maintain intimate familial relationships. Having sisters or brothers tends to teach a child (by necessity) how to work through conflicts and see situations from another person's perspective. The more siblings a person has, the more opportunities he or she has to develop and practice these interpersonal skills. Sociologists say these same skills are relevant for developing a lasting marriage. Most previous sociological studies of siblings showed the negative effects of having sisters and brothers---these children often have access to a smaller slice of the family's resource pie and tend to have less success in school. So these recent results, to be presented at the 108th Annual Meeting of the American Sociological Association this week, suggest a new upside to being one among many. Unfortunately, as fertility rates continue to decline in the United States and elsewhere, shrinking families may mean fewer future adults will benefit from this newly found correlation. Image credit: Creativa/Shutterstock