Hate rye bread? According to this study, you can blame your genes. 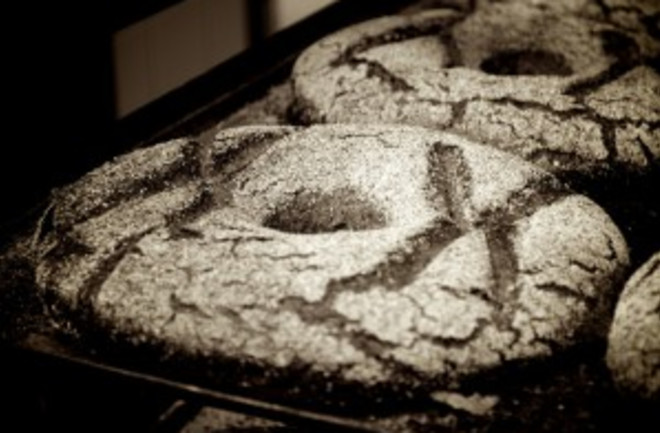 Rye bread is not for everyone — while it goes great with pastrami, it’s a strong flavor that some people choose to avoid. Well, according to this study, there might be a genetic basis to whether you are a rye person or a…uh…white (bread) person. By studying bread preferences in a large group of Danish and Finnish twins, the authors found that there seems to be a moderate genetic influence on bread preference, with around 20-40% of variation in taste preferences being explained by genetics. While it’s difficult to adequately control for all of the other explanations for why twins may or may not prefer the same type of bread, the authors claim that shared environment growing up is not sufficient to explain the correlations they see. I’ll toast to that!

Twin study of heritability of eating bread in Danish and Finnish men and women.

“Bread is an elementary part of the western diet, and especially rye bread is regarded as an important source of fibre. We investigated the heritability of eating bread in terms of choice of white and rye bread and use-frequency of bread in female and male twins in Denmark and Finland. The study cohorts included 575 Danish (age range 18-67 years) and 2009 Finnish (age range 22-27 years) adult twin pairs. Self-reported frequency of eating bread was obtained by food frequency questionnaires. Univariate models based on linear structural equations for twin data were used to estimate the relative magnitude of the additive genetic, shared environmental and individual environmental effects on bread eating frequency and choice of bread. The analysis of bread intake frequency demonstrated moderate heritability ranging from 37-40% in the Finnish cohort and 23-26% in the Danish cohort. The genetic influence on intake of white bread was moderate (24-31%), while the genetic influence on intake of rye bread was higher in men (41-45%) than in women (24-33%). Environmental influences shared by the twins were not significant. Consumption of bread as well as choice of bread is influenced by genetic predisposition. Environmental factors shared by the co-twins (e.g., childhood environment) seem to have no significant effects on bread consumption and preference in adulthood.”