Ground squirrels use rattlesnake perfume to scare away predators. 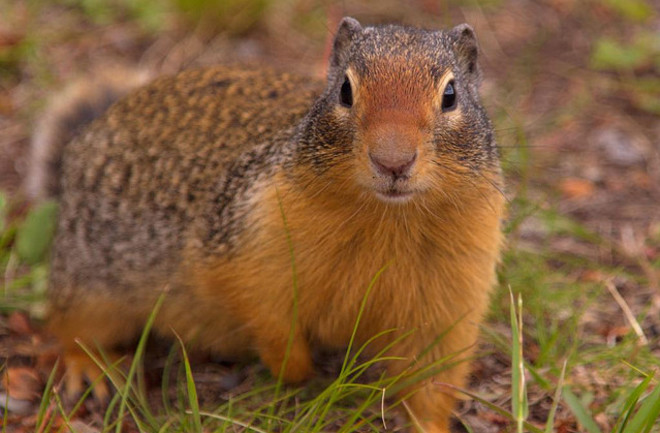 Ground squirrels are pretty awesome -- not only are they disarmingly cute, but they have also evolved numerous defenses to avoid being eaten by rattlesnakes, including actively attacking the snakes, developing resistance to rattlesnake venom, and even using their tails to send infrared warning signals that scare the snakes away. This study describes another amazing squirrel behavior: using rattlesnake perfume to hide from predators. Prior to this study, it was known that squirrels would chew on old rattlesnake skins and then lick their fur to coat themselves with the snakey odor. What was not known, however, was whether the effect was to scare away snakes, as opposed to scaring away other squirrels or acting as a flea repellent. It turns out that squirrels wearing rattlesnake perfume are less attractive to the snakes, indicating that the scent has a specific anti-predator purpose. This is one of the first known examples of an animal applying a predator's scent as a disguise, but we guess it won't be the last.