Its upper jaw hints at being a venomous creature, but don't call it a reptile. 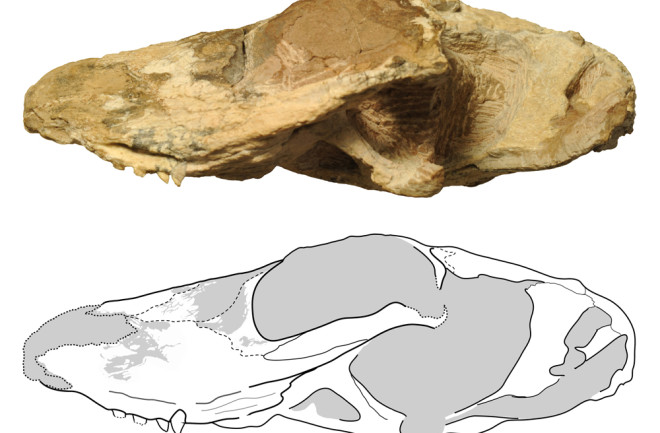 The Ichibengops skull has a distinctive groove along its jaw. | Adam Huttenlocker/University of Utah

Say hello to my extinct little friend: Ichibengops (“scarface”) was a small carnivore that roamed the lowlands of today’s Zambia about 255 million years ago. Researchers believe the lapdog-size animal may have been venomous because of a distinctive groove along the upper jaw, similar to a duct that transports venom from gland to tooth in some snakes.

But “Itchy” was no reptile: The animal, known from two partial skulls and described in July in the Journal of Vertebrate Paleontology, was actually an ancient mammal relative. “They look very different than mammals today,” says team member and paleobiologist Kenneth Angielczyk of Chicago’s Field Museum, ”similar to the way a T. rex doesn’t look much like a goldfinch.”