Great Apes Have the Right to Life and Liberty, Spain Says 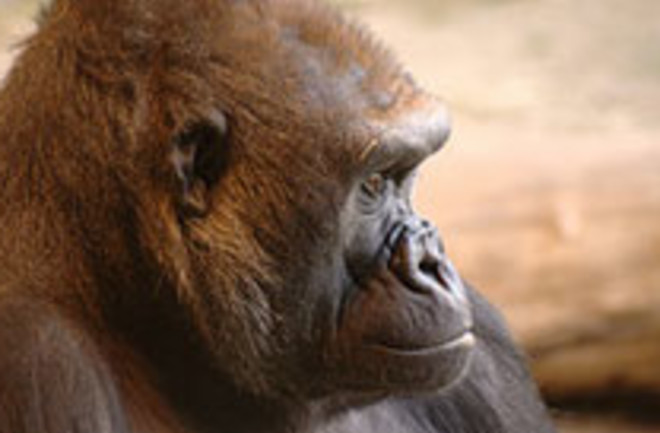 It's clearly a historic occasion, albeit a weird one: The Spanish parliament has announced its support for granting legal rights to gorillas, chimpanzees, and orangutans.

The parliament's environmental committee has approved resolutions committing the country to the Great Apes Project,

the right to life, the freedom of liberty and protection from torture [Great Ape Project]. The Spanish resolutions have majority support, and are expected to soon become law.

“This is a historic moment in the struggle for animal rights,” Pedro Pozas, the Spanish director of the Great Apes Project, told The Times. “It will doubtless be remembered as a key moment in the defence of our evolutionary comrades.”... Mr. Pozas said that the vote would set a precedent, establishing legal rights for animals that could be extended to other species. “We are seeking to break the species barrier — we are just the point of the spear,” he said. [The Times].

Some animal rights campaigners noted the irony of this breakthrough occurring in Spain, which still permits bullfighting. But for the most part, they celebrated the move as a happy development that will improve conditions for primates within the country. The resolutions require Spain to update its laws within the year to ban using apes in circuses, TV commercials, and films, and will also mandate improved conditions at the nation's zoos. Finally, the new laws will forbid experiments on great apes. "We have no knowledge of great apes being used in experiments in Spain, but there is currently no law preventing that from happening," Pozas said

. Great Britain and New Zealand already forbid experimentation on great apes, and several weeks ago a Swiss court halted two experiments on the smaller rhesus monkeys, stating that society would not see enough benefit from the experiments to justify

the burden on the animals [Nature, subscription required]

. But the Spanish resolutions mark the first time a national government has proposed granting legal rights to non-humans. The development raises a host of questions: Could this lead to great apes refugees seeking sanctuary in Madrid? And what does it mean when a chimpanzee in Spain has more rights than a human being in an Iraqi prison? Stay tuned as society gropes for the answers.