Gladiators Get a Thumbs-Up 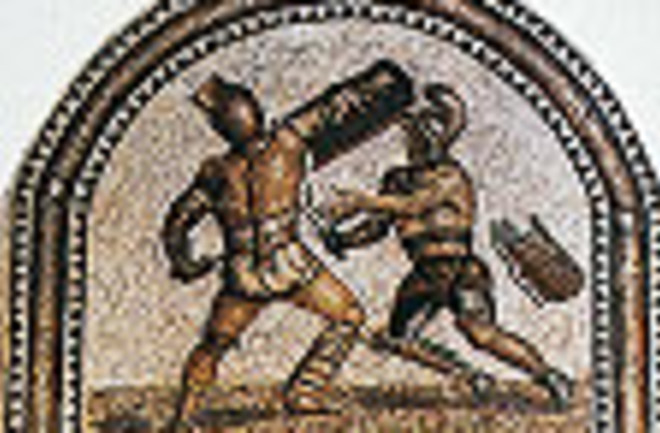 They were also slaves, but they were permitted to earn wages and own property. Gladiatorial schools purchased the finest physical specimens and then spent months or years training them in armed and unarmed combat. The fighting manuals show that gladiators usually aimed to injure. They tended to stab at their opponent’s calves and shoulders and often ended the fight by tossing aside their weapons and shields to grapple. Fatalities—which happened in less than 10 percent of the matches—were usually accidents or the result of a gladiator’s poor performance. The ideal outcome of a match was a “standing missio,” when both fighters performed flawlessly and neither was defeated.

Gladiators were so expensive to train and maintain that their sponsors—either private or governmental—did not want to risk death or serious injury. At one point Emperor Tiberius limited the games to keep his government from going bankrupt. Later Emperor Marcus Aurelius put a cap on gladiators’ salaries. Top fighters earned enough from one bout to buy their own slaves or estates. “Gladiators, like modern professional athletes, could become little corporations,” says classics professor David Potter of Michigan State University. The names of famous gladiators adorned common household items like oil lamps. Pottery vessels were painted with images of famous bouts. Children even played with clay gladiator “action figures.” “It was a culture that was obsessed with superstars,” Potter says, “and the gladiator was a symbol of it.”