Give Neanderthals Some Credit: They Made Nice Tools 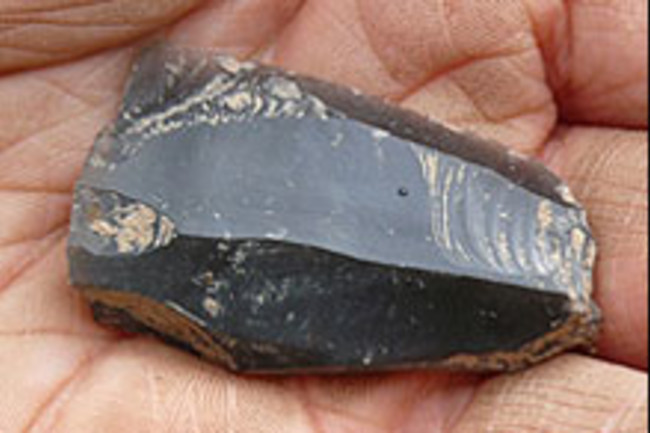 Neanderthals don't have the best reputation. In the public mind, the heavy-browed hominids are thought of as a stupid species that couldn't compete with brighter Homo sapiens, as the also-rans that therefore went extinct. But a newly discovered trove of Neanderthal tools in Sussex, England may help rehabilitate their image. The tools, which date from the end of the Neanderthal era at around 30,000 B.C., show surprising sophistication, archaeologists say.

"The tools we've found at the site are technologically advanced and potentially older than tools in Britain belonging to our own species," said [University College London]'s Matthew Pope. "It's exciting to think that there's a real possibility these were left by some of the last Neanderthal hunting groups to occupy northern Europe," he added. "The impression they give is of a population in complete command of both landscape and natural raw materials with a flourishing technology -- not a people on the edge of extinction" [Discovery News].

The research team announced that the collection of flint tools were found at a site called Beedings on a hilltop that may have had strategic value for the huntsmen, as it would have provided an excellent view of game herds on the surrounding plains. The tools might have been used to hunt the horses, woolly mammoths, and woolly rhinoceros that roamed the British isles at the time.

The tools themselves are more than just crude blunt instruments, Pope says. "Unlike earlier, more typical Neanderthal tools these were made with long, straight blades - blades which were then turned into a variety of bone and hide processing implements, as well as lethal spear points" [said Pope].... Towards the end of their time in Europe, between 30-40,000 years ago (probably including the time period of British sites such as Kent's Cavern in Devon, and Beedings), the Neanderthals diversified their tool-making, showing that they were adapting in new ways, possibly in reaction to the presence of incoming modern human populations (the Cro-Magnons) in adjoining regions of continental Europe [Telegraph].

The Beedings site has been known about for more than a century, but the artifacts found there weren't always treated with the proper respect. Some 2,300 stone tools were first uncovered at the start of the 20th Century when the foundations were being dug for a huge new house to be built at Beedings. But for many years, the tools were considered to be fakes. All but a few hundred of them were thrown down a well and never seen again [BBC News]. The newly excavated tools lend the earlier batch credibility, as researchers can demonstrate that these tools are similar in composition and style to Neaderthal tools found in northern Europe that were made between