Ancient bones from many animals lying in a big jumble are more easily put in context than you might think. 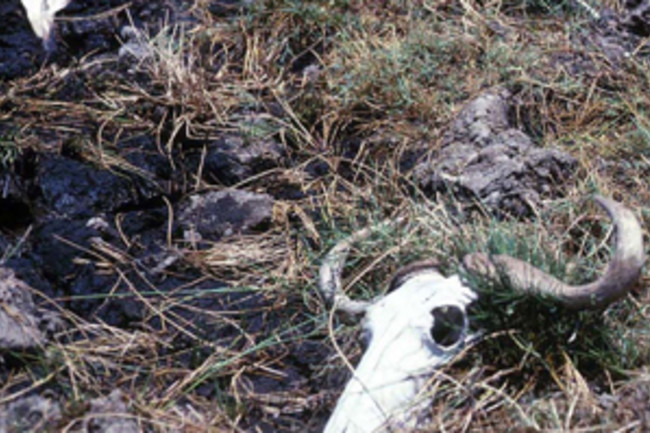 Paleontologists often find fossils in a jumble containing many species’ remains, and then struggle with the question of whether the mixed bones represent the community as it existed when the animals lived. To get an answer, paleobiologist Kay Behrensmeyer of the Smithsonian Institution and ecologist David Western of the African Conservation Centre in Kenya compared 40 years of data on the mix of herbivores in Africa’s Amboseli ecosystem—including Cape buffalo, gazelles, and elephants—to the bone assemblages left behind as the animals died during the same time frame.

The researchers suspected that smaller animals’ remains might be consumed completely by scavengers and that their delicate bones were more easily destroyed. But they found that the higher birth rates of small creatures made up for their more fragile bodies. “The effects cancel out and leave an accurate representation of the numbers of different animals. We didn’t expect anything as convenient as that,” Western says. The scientists’ analysis of more than 25,000 bones and 170,000 live animals showed that the distribution of species among the bones corresponded well to the living community, even through periods of rapid ecological change.

Behrensmeyer now plans to examine ancient bone assemblages in a study of human remains that are more than a million years old.