Getting Personal: How I Explored a Prehistoric Hobbit Cave 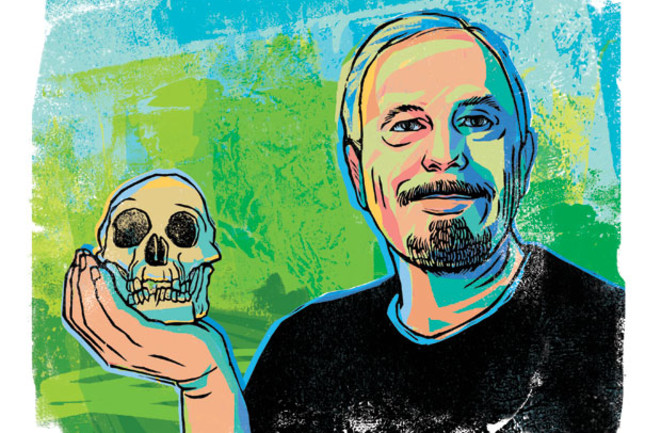 The smallest human species that ever lived, Homo floresiensis, was astonishing in several ways. It thrived on an isolated Indonesian island from at least 95,000 until 17,000 years ago, outlasting even the burly Neanderthals; nicknamed the hobbit, it stood only about three feet tall and had a puny brain, yet it hunted and crafted stone tools. Fossils of H. floresiensis, discovered in 2003, contradicted the accepted theory that size and strength steadily increased as humans evolved. Physical anthropologist William Jungers of Stony Brook University in New York is now studying the remains of these hobbit people.

In November 2006, at Indonesia’s Archeological Institute, it was blistering hot and I was dripping sweat on the spectacular bones of the tiniest human ever to walk this earth. My job was to analyze their anatomical affinities with other human ancestors and use medical imaging to look inside them. We concluded the hobbit was indeed a human ancestor.

Two years later I was invited to join continuing excavations at Liang Bua, the cave on the island of Flores where the hobbit had been discovered. I wish I’d remembered that the cave is at 1,700 feet elevation and gets surprisingly cold at night; I had packed only one long-sleeved shirt. As for my so-called VIP room at a local hotel, it came with occasional hot water and electricity and a monotonous breakfast of coffee, one hard-boiled egg, and something that resembled buttered toast. But the daily trip to the cave was just a matter of minutes.

Liang Bua (meaning cool cave) is enormous, and the large opening drenches some of it with sun for part of the day. Far into its darker recesses, I looked down through layers of time into the deeper sediments, back to the days when the hobbits shared their island with pygmy elephants and relatives of storks.

The best skeleton was found roughly 20 feet down and is accessible only by ladders; the surrounding walls are reinforced by wood planking to prevent cave-ins. Hobbit remains and tools were found in the damp and muddy sediments there, and the bones were extremely fragile, like papier-mâché, when unearthed. The hobbits were likely buried in the cave they lived in by a volcanic eruption, entombed beneath volcanic ash.

My role was to help identify new bones brought to the surface. I could only imagine what daily life must have been like for these little relatives of mine: challenging and sometimes brutal. There were giant Komodo dragons to avoid, and hunting pygmy elephants required strategy, skill, and risk. The cave offered refuge but had issues—falling rocks, occasional floods, and possible penetration by the dragons. It’s where the hobbits made tools, bringing in rocks from the riverbed below and chipping off flakes to cut and scrape with. Their story reminds us that only recently did we become the last human standing.