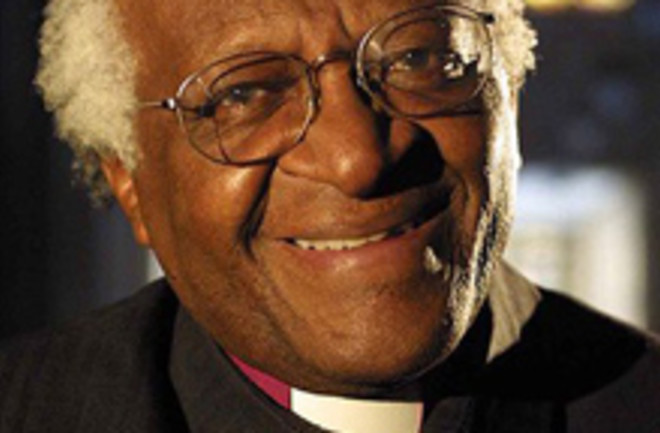 With the genetics age coming into its own, the number of people who have had their genome sequenced could soon explode. But the genetic sequencing done so far has mostly left out African people, genetics researcher Stephan Schuster says. So he led a team that sequenced the genome of five people native to southern Africa—including famed anti-apartheid activist Archbishop Desmond Tutu—and found incredible genetic diversity compared to people in other parts of the world. The findings are in the journal Nature.

The genome of the archbishop, who is 79, was particularly important for the study because he is a Bantu descended from the Tswana and Nguni people, who account for around 80% of southern Africans [The Guardian]

. The other four subjects were bushmen: One, named !Gubi, had his entire genome sequenced, while the other three were partially sequenced. (The exclamation point indicates a clicking sound in that Bushman language.) !Gubi is the first person from an African minority population to be fully sequenced, and comparing him to the other three men from the region shows as much genetic separation as you'd expect to find between European and Asian peoples. Says Schuster:

The researchers found that !Gubi and Tutu each have about 1 million previously unseen variations in their genome [Science News]

. They differ from each other by four million single nucleotide variations, while the differences between two European people might amount to only three million. This genetic diversity opens many research windows, not the least of which is how doctors and drug-makers might address African people more specifically.

The continent's rich genetic diversity means that some drugs designed to treat Europeans do not work well in Africans. And genome-wide association studies designed to trace the genetic underpinnings of disease are difficult to execute in Africa because the arrays used to detect genetic variation were designed using mostly European sequences [Nature]

. For instance, the bushmen carry a genetic variant linked to a rare disease called Wolman syndrome in previous studies, but although the disease is typically considered fatal, the Africans are still healthy at 80-plus years. However, there are also downsides to the African genome: the men also don't have a genetic variant that leads to protection against malarial infection in other populations. Related Content: DISCOVER: The Jiffy Lube of Genome Decoding DISCOVER: Court Considers Who Owns the Human Genome 80beats: Want Your Genome Sequenced? Got $68,000? Try Your Luck on eBay! 80beats: Get Your Genome Sequenced—Now 95% Off 80beats: Rough Draft of the Neanderthal Genome is Complete! The Loom: Full Spectrum GenomesImage: Wikimedia Commons