The researchers say this marks another step in our understanding of canine genetics. 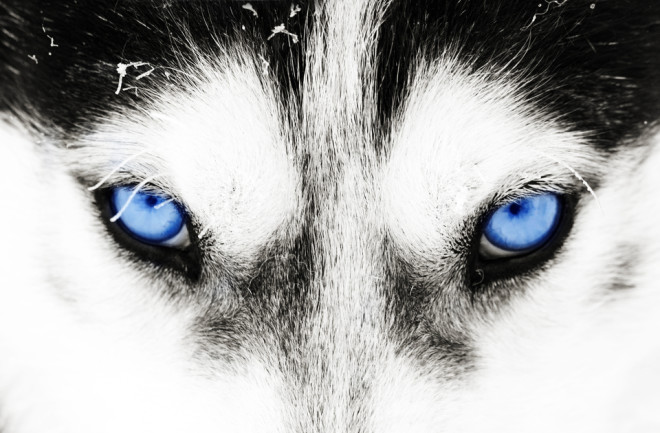 The piercing blue eyes of huskies — those beloved, wolf-like canines — stand out among most dog breeds. Now, using genetic tests, scientists find where blue-eyed Siberian huskies get their distinctive eye color. The researchers say this marks another step in our understanding of canine genetics.

“This is the first discovery that’s been made this way outside of humans,” said Adam Boyko, a genomics researcher at Cornell University in Ithaca, New York and co-founder of Embark Veterinary, Inc., a consumer genetics testing company similar to 23andMe but tailored for pooches.

A number of companies now offer genetic profiling for dogs so pet owners can finally determine what mix of breeds their mutt is. But, Boyko, who led the new research, wanted better dog DNA tests. Embark provides owners with breed profiles but also analyzes genetics for coat color, body size and agility performance among other features. Pet guardians simply fill out a profile online and send in a saliva sample from their hound. Boyko and team update the profile as new research becomes available.

Boyko and his team started with eye color because it’s an obvious one. Owners can provide that information when filling out the online survey. Breeders also select for this trait and that can provide a stronger genetic signal for the researchers.

To find the genetics underlying canine eye color, the researchers compared more than 200,000 genetic markers in more than 6,000 dogs to see how often a dog with a given marker had blue eyes versus brown eyes.

“Most of the time there wasn’t a correlation at all, but in this one part on chromosome 18, we found a whole bunch … in dogs that had blue eyes,” Boyko said.

The discovery led the team to hone in on that genomic region to see if there were any mutations that could explain blue eye color. A segment of DNA near a gene that controls eye development in mammals had duplicated in huskies, the team reports today in the journal PLOS Genetics. They say that the mutation is what’s responsible for the dogs’ remarkable eye coloration. The gene, called ALX4, has not been associated with eye color in humans or mice, meaning that the mutation is completely new to researchers.

The discovery is just the beginning. Boyko wants to grow the dog DNA database so they can find the genetic causes of more complicated things like hip dysplasia, allergies and cancer — all conditions for which a genetic test does not currently exist.