Functioning, Lab-Grown Limb is a First

A dead rat's forearm is regrown in a lab and successfully transplanted onto a living rat. 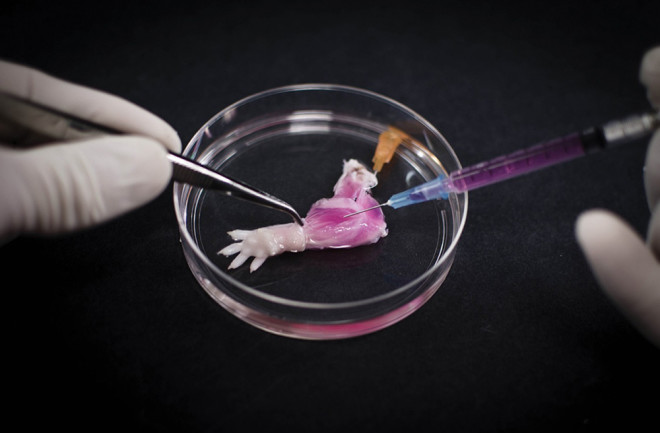 Dr. Frankenstein wishes he were this good: In June, Massachusetts General Hospital researchers announced they’d built the first functioning lab-grown limb. The team amputated a dead rat’s forearm and chemically stripped away living cells, leaving behind what’s called the extracellular matrix, a kind of scaffolding for everything from blood vessels to nerve networks. The limb then spent two weeks growing muscular and vascular cells in a custom-built bioreactor. Electrical stimulation showed the resulting limb had a grip strength 80 percent that of a newborn rat’s. After being transplanted onto a living rat, the limb circulated blood through its new vessels.

[This article originally appeared in print as "It's Alive! Well, Sort of."]