Populations can change abruptly in response to temperature shifts. 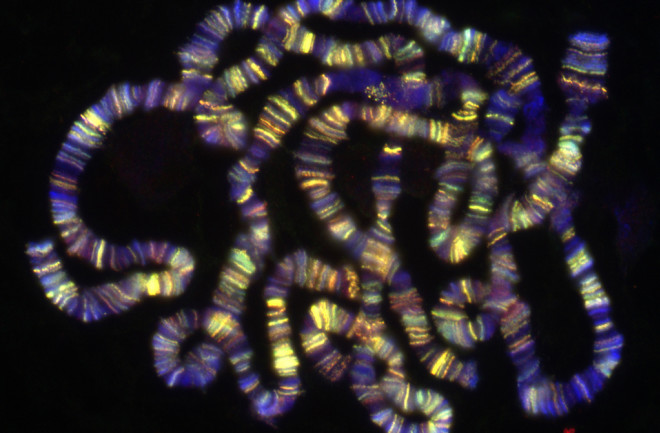 We tend to think of genetic change as a slow process, happening over generations. But a study published in June indicates a population can adapt to temperature shifts in a matter of days by reconfiguring their genomes.

Scientists in northern Spain tracking populations of Drosophila subobscura, a type of fly, observed reversible changes in the frequency of genetic mutations, or “chromosomal inversions” in the flies’ genomes — essentially, parts of the chromosome get flipped around with the seasons, as the weather changes from hot to cold.

In April 2011, when a heat wave hit Western Europe, many of the flies still had their “winter genome.” But right after the temperature spiked, they switched to the “summer” variant months ahead of schedule.

The team still doesn’t understand the genetic mechanism responsible for the effect, but study author and evolutionary biologist Francisco Rodríguez-Trelles of the Universitat Autònoma de Barcelona notes a clue: Flies carrying the “summer” inversions to deal with the heat wave produced five times more offspring than they would have in ordinary years.

[This article originally appeared in print as "Genomes Change With Temperature."]