From Sand to Soil

The fungus that turned sand into soil in Earth's early days. 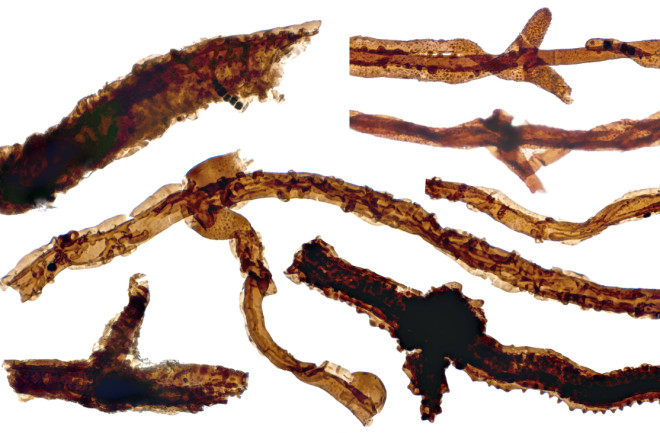 Consider life on Earth 440 million years ago: a grayish landscape of rocks, sand and dust, inhospitable to most life-forms. One tiny fungus helped transform that arid ground into the rich soils we see on our planet today. And now, experts have finally figured out how.

Scientists had known about the fungus Tortotubus protuberans from fossils collected over the past three decades. But after examining new samples, paleontologist Martin Smith of England’s Durham University was able to reconstruct how this fungus grew, revealing its special skill.

It’s all about the mycelial networks. All modern fungi have these threadlike roots, but Tortotubus appears to have been the first to develop them. Shorter than the width of a human hair, the roots absorbed lichen, bacteria and algae blowing about in the sand. They then decomposed and scattered the nutrients. As the fungus fed, it created nourishing soil, setting the stage for the evolution of more complex organisms, from plants to worms.

Smith believes this process, described in March in the Botanical Journal of the Linnean Society, is what allowed the world eventually to bloom, and humans to evolve.