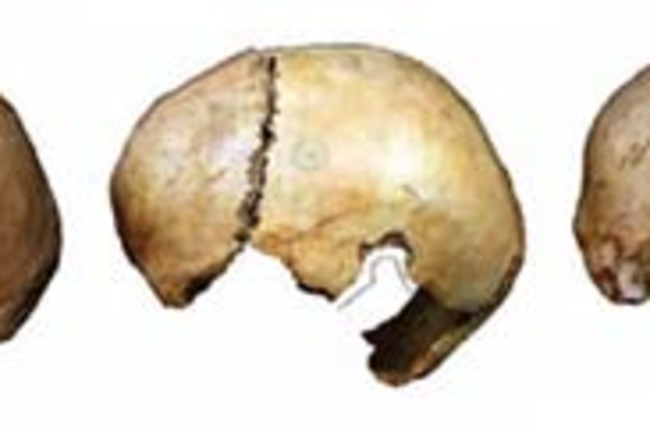 Stock fantasy villains might like to drink from the skulls of their enemies, but the practice has its roots in historical reality. For thousands of years, humans have turned each others’ skulls into containers and drinking cups. Now, Silvia Bello from London’s Natural History Museum has found the oldest skull-cups ever recorded in a cave in Somerset, England.

These include three skull-cups that Bello recovered in excellent condition. Two belonged to adults and one to a 3-year-old child. All of them were made by the Magdelanian culture, a group of prehistoric people who lived in Western Europe. No one knows how they used the grisly cups, but it’s clear that they manufactured them with great control. They all bear a large series of dents and cut-marks that were precisely inflicted.

For plenty more on this gruesome find—including a step-by-step guide to crafting a skull cup of your own, if you're so inclined—check out the rest of Ed Yong's post at Not Exactly Rocket Science