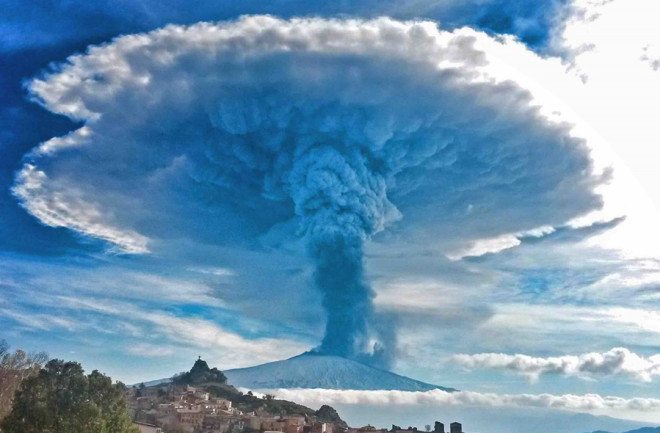 It was 1975 on the Caribbean island of Basse-Terre, part of Guadeloupe. Beyond a green stretch of jungle, the volcano La Soufrière de Guadeloupe loomed. The island’s capital, also called Basse-Terre, lay nestled between the ocean and the towering peak, which hadn’t had a major eruption since around 1530. But that July, La Soufrière began showing signs of life.

Debate ensued among seismologists over the chances of a major eruption; some saw evidence that molten magma below the Earth’s crust was rising. By November, authorities were scrambling to craft an emergency plan for the city and the surrounding area, then home to roughly 75,000 people. In August of the following year, at least 72,000 residents were evacuated.

But no magma came. The evacuation itself proved more destructive, costing $342 million at the time — an estimated 60 percent of Guadeloupe’s annual gross domestic product. And the cost was more than economic.

“Scientific credibility took a hit,” says Michael Poland, a geophysicist with the U.S. Geological Survey. “The next time you say there’s going to be a hazardous eruption, people might blow you off.”

In the decades since, scientists have been searching for ways to prevent similar false alarms and avoid the worst-case scenario: a deadly eruption that’s a complete surprise.

Researchers aim to forecast eruptions like we forecast a hurricane’s path and intensity, and recent developments in technology have helped researchers close in on that goal. Improvements in satellite capabilities have helped experts detect subtle shifts in a volcano’s topography and heat that could spell impending explosions. And new sensors can pick up which gases are escaping volcanoes’ vents in near-real time. Others can detect underground noises — inaudible to human ears — linked to eruptions.

The new data has led to tangible progress. In October, Italian scientists announced the results of an eight-year test of an automated system that had been monitoring the volcanic activity of Mount Etna. The system sent out text-message warnings before 57 of the volcano’s 59 most recent eruptions. During an eruption in December, the warnings went out only a few minutes before magma reached the surface. But generally, they had been going out nearly an hour before, says Mauricio Ripepe, a University of Florence volcanologist who helped lead the project.

Still, early warnings aren’t the same as forecasting an eruption’s probability — or its possible destructiveness — days in advance. To do that, someone would need to combine all this new data to create prediction models. So far, that hasn’t happened.

“It’s mostly based on pattern recognition,” Poland says about the current warning system. When experts see things like gas releases or swelling or sinking in a volcano’s surface, their reaction is, “ ‘Aha! That’s what we saw last time.’ It’s usually right,” he says, but “sometimes we get the size of the eruption wrong. So it’s dangerous because of that false confidence.”

It’s similar to where weather forecasting was a half-century ago, Poland says. When the atmospheric pressure dropped in a certain way, for example, meteorologists predicted a cold spell. The real world is more complex than that, though, so predictions were sometimes way off. Eventually, weather experts incorporated sensor and satellite data into models that more closely mimic the atmosphere.

For volcanoes, that would mean accounting for the behavior and characteristics of different types of rock, the various shapes of underground magma chambers, the different ways in which magma can flow, the way the earth deforms slightly near a volcanic site and seismic activity nearby.

According to Poland, we’ll likely see these next-generation models for the best-studied volcanoes first — Hawaii’s Kilauea or Washington’s Mount St. Helens, for example — and they’d eventually be applied to all volcanoes.

“These models are a long way away, but we’re not far from being able to start doing the probabilities based on the information we do have,” he says. “Even if we don’t have that perfect model that helps us forecast everything, we can make progress on bits and pieces and apply those.”

[This article originally appeared in print as "Cloudy with a Chance of Lava."]