For the First Time in 36 Years, Rocky Mountain Wolves Are in the Crosshairs Again 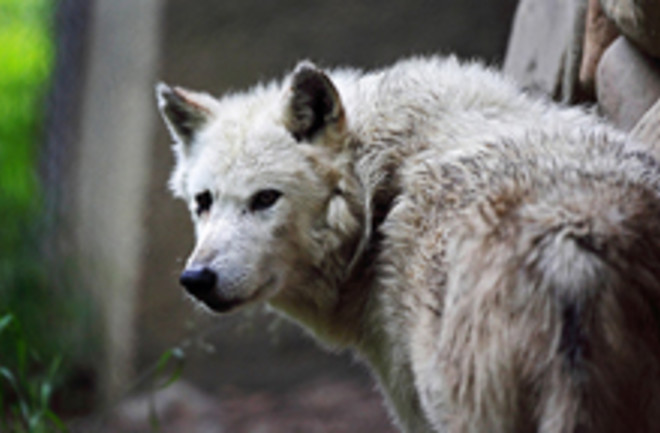 This morning hunters in Idaho donned reflective vests and picked up rifles, and set off to track and kill an animal that has been off-limits for more than three decades: the gray wolf. While environmental groups were in court yesterday asking federal judge Donald Molloy to stop the hunt, the judge declared that he needs time to determine whether wolves should be protected from the rifles and returned to the endangered species list. While Molloy considers, the hunt will go on. As of midday Monday, more than 10,000 Idaho hunters had bought licenses allowing them to vie for a wolf trophy.

In March, the Obama administration affirmed a decision by the Bush administration to remove gray wolves from the endangered list, where they had been protected for more than 30 years.... Federal and state wildlife officials say multiple studies have established that the wolf population is healthy and growing and that the management programs put in place by Idaho and Montana will keep the animal from becoming endangered again [The New York Times].

There are now about 1,600 wolves in the Northern Rockies region, but last year Judge Molloy still stopped the wolf hunt planned for Idaho. He has given no indication of how he will rule this year. About 850 wolves are thought to live in Idaho; of those, up to 220 can be killed in this year's hunt. An additional hunt in Montana scheduled to begin on September 15 may kill up to 75 wolves, and members of the Nez Perce tribe can kill up to 35 animals. The coalition of 13 wildlife conservation groups who sued to stop the hunts has argued that

allowing them to go forward could threaten the wolves' survival by eliminating key connecting corridors among the various populations in Idaho, Montana and Wyoming [Los Angeles Times].

The lawsuit argues that without crossbreeding between the populations, the wolves' limited genetic diversity will put them at risk of diseases and other health problems, reducing their chances for long-term survival. The situation in the Northern Rockies highlights the difficulties that can come to pass when endangered predators are successfully brought back from the brink of extinction. As the wolf population has rebounded, sheep and cattle ranchers have complained about attacks on their livestock, while deer and elk hunters have argued that the wolves are depleting their game. But to conservationists who take pride in the successful reintroduction of the gray wolf (the species was nearly wiped out in the contiguous United States before it was added to the endangered species list in 1973), it makes no sense to begin hunting wolves as soon as the population becomes somewhat stable. According to some wolf advocates, the argument that hunters are "responsibly managing" the wolf population holds little water. Instead, they say that the eagerness to hunt displayed by the Idaho and Montana state governments

is a reminder that what we are really doing when we protect endangered and threatened species is managing our own species.... Unfortunately, very little has been done to change the behavior of humans — who drove wolves to the brink of extinction [The New York Times].

Related Content: 80beats: Are Wolves Interbreeding Themselves to Extinction? 80beats: Is the Whaling Ban Really the Best Way to Save the Whales? DISCOVER: Return of the Wolves DISCOVER: Wilding America calls for connecting chunks of wilderness to protect big predators.