Fly Babies Inherit Traits From Semen of Mom's Past Lovers 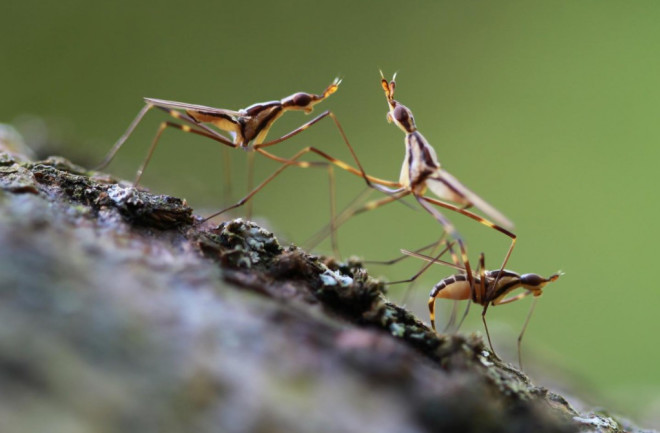 Nerelid fly exes have effects on the next generation. Credit: Russell Bonduriansky For flies at least, a sexual fling in their youth can come back to haunt them, even if they’ve found a new mate. It turns out, ex-lovers have a lasting impact in the world of nerelid flies: A female fly’s offspring can physically resemble a previous mate that is not their genetic father. Scientists believe this represents a new form of non-genetic inheritance.

Scientists knew that the nutrition larval male nerelids receive impacts the size of their own offspring later.So they raised both large and small flies to study how fathers passed size down to their children. Was size a trait passed on through sperm itself, or was size determined by other components of semen? To answer this question, they mated small and large flies with immature females — ensuring they couldn’t reproduce. After the females matured, they once again mated them with large and small males, but this time the females were actually impregnated. But researchers found that the genetic fathers weren't the ones who passed on their size traits to the offspring. Rather, the offspring were sized the same as the female fly's previous mate. The findings were published Wednesday in the journal Ecology Letters.

Scientists believe this quirk in inheritance could be due to some unknown molecule in the males’ seminal fluid, which could be absorbed by the females’ immature eggs. The lingering molecule could affect offspring once another male fertilizes them. The findings resurrect Aristotle’s theory of telegony, which posits that males leave a mark on a woman’s body that influences her children, even if another man sired them. That idea was discredited in the 20^th century as modern genetics emerged. However, in light of this study the idea of telegony appears to warrant a revisiting, to see if it also might occur in other species. Inheritance, it seems, can take lots of forms — a continuing complication of Mendel's simple idea.