Wintertime in a remote Montana forest heralds the arrival of mating season for the flying squirrel—and one of nature's most spectacular air shows. 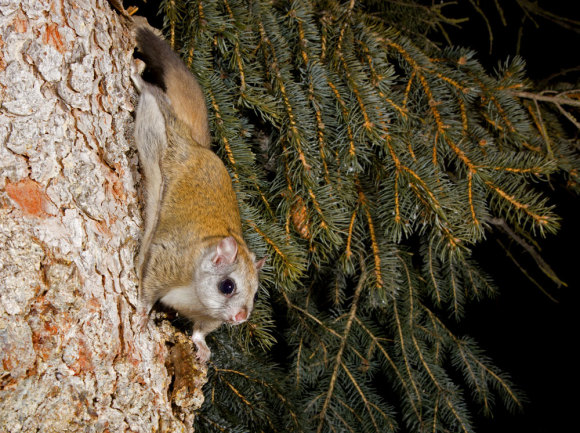 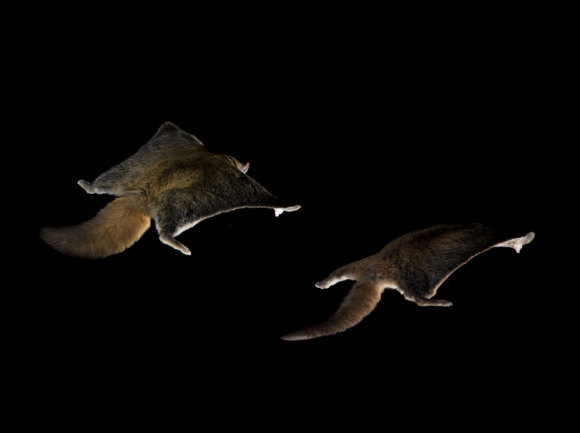 Flying squirrels have a unique ability to flatten the fur on the patagium—the furry wing membrane that spans from the squirrel’s neck to its forelimbs and tail—producing characteristic, almost paper-thin silhouettes that float through the air during prolonged glides over mountain valleys. 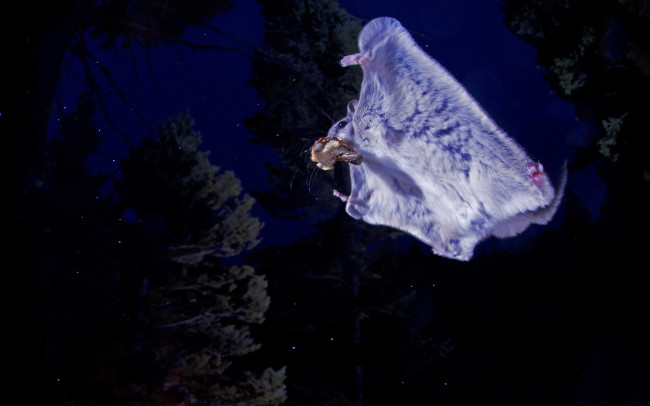 Strictly nocturnal, flying squirrels are most active just after midnight and travel through the dark forest along regular routes that link their numerous ground caches. 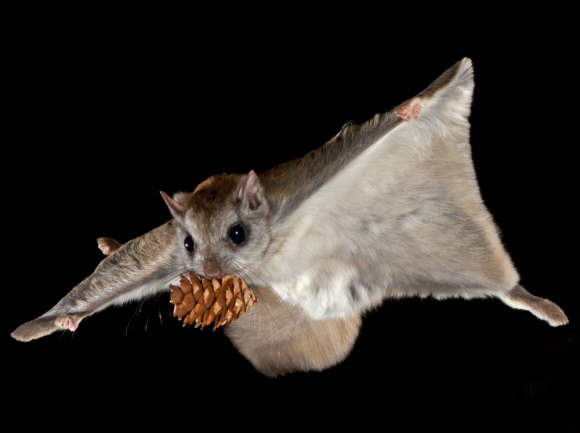 Flying squirrels cruise through the night forest at extraordinarily high speeds, a feat they accomplish by actively directing airflow from a curved membrane that stretches between their necks and wrists toward the main patagium just behind it. 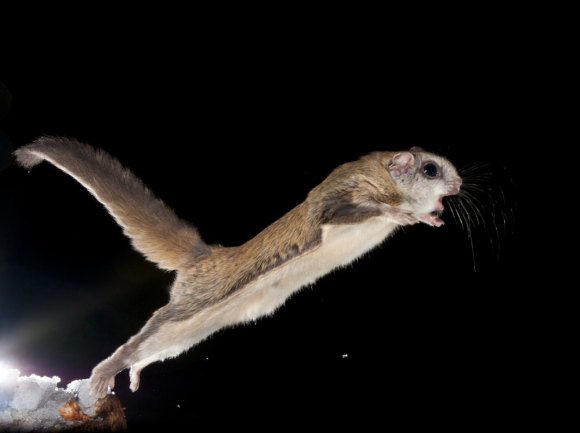 Flying squirrels are most vulnerable when on the ground as they rearrange cones and fungi in their food caches buried under the snow. Their defense is an explosive jump accompanied by an eruption of snow that tends to startle potential predators, buying the squirrels precious time to escape. 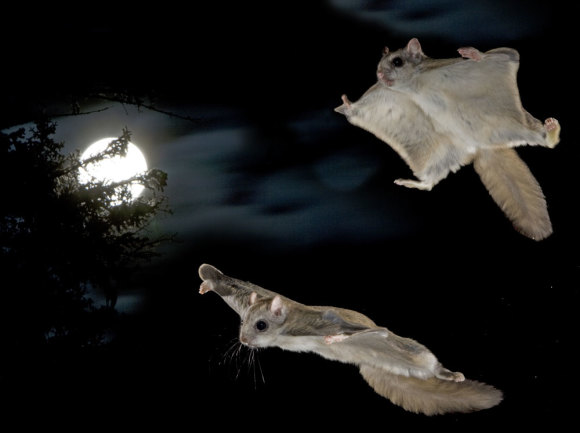 After listening all day to relentless warnings of “severe winter weather” and poring over equipment manuals to determine the lowest operating temperature for various pieces of photographic gear, I decided to stick with the plan.

A few hours and several miles of snowshoeing later, I was hard at work in the diminishing February twilight, setting up lines of strobes and high-speed cameras along gaps in the tree canopy that framed a forest lake at the edge of Montana’s Bob Marshall Wilderness. I knew this lakeshore to be a primary movement corridor for a resident female northern flying squirrel (Glaucomys sabrinus), and based on observations from previous nights, I expected my nocturnal subject to launch herself across the lake sometime between 2:20 and 2:50 a.m.

By that time, the temperature was expected to be in the neighborhood of minus 30 degrees Fahrenheit, greatly increasing the chances of camera failure. But it was a risk I was willing to take, since I knew how spectacular that night’s acrobatics were likely to be. February marks the start of the northern flying squirrel’s mating season in Montana. On a typical night during this period, each female will be escorted through the forest by a squabbling squadron of ardent males. It was those energetic males and their dizzying aerial mating chases that I sought to film.

These photos originally appeared in bioGraphic, an online magazine featuring beautiful and surprising stories about nature and sustainability. To learn more about how flamingos adapted to this unique environment, read Rachel Becker's full story, 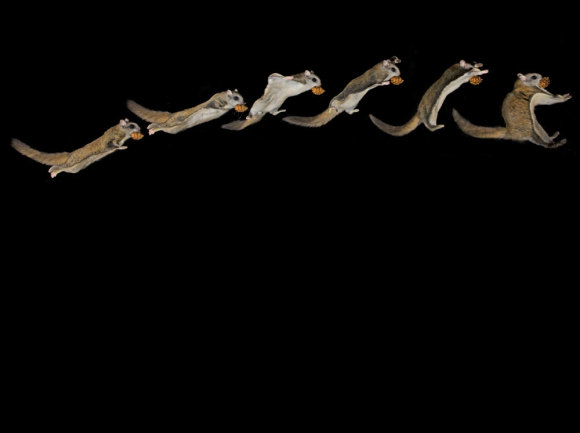 The squirrel initiates a high-speed mid-air turn by independently moving wing tips, adjusting membrane angles, and changing limb positions on their left and right sides. They can do this even when carrying additional weight. 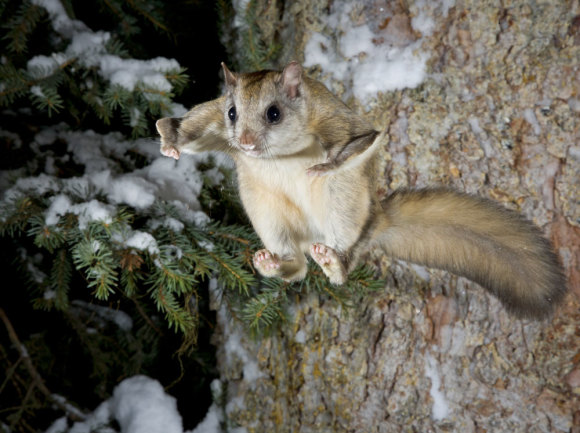 Once scientists began studying flying squirrels in the lab, it didn’t take long to discover that there is nothing passive or constant about the species’ flight. Researchers would ultimately document in flying squirrels a wider variety of aerodynamic modifications and flight types than had been described in any other species of animal glider.